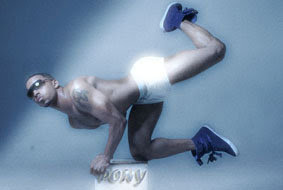 I was absolutely honored when I asked Pony Zion Garcon for an interview and he accepted. Pony is a member of the world famous Vogue Evolution seen on America Best Dance crew. He is also legendary in the ballroom seen as well as seen doing commercials for Pepsi and dancing with various R&B superstars. No topics are off limits as Pony lets us into his mind. Here is my interview with Pony.

Pony is a Artistic Creator, Dancer, Choreographer, Pioneer, community specialist out of Harlem projects New York with a goal to not only shift the ballroom community but to 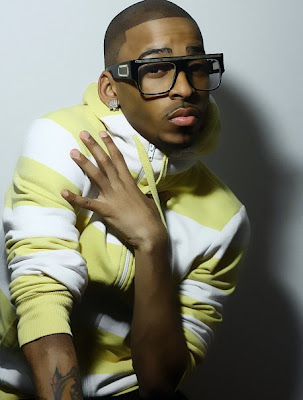 create a world of equality and unconditional love. I am also the founder and head choreographer of Vogue Evolution.
What were some obstacles that you had to overcome to get to the place you are now?
Well most of the obstacles that I had to overcome were mainly from home. I was raised by my Uncle and Aunt along with my younger brother whom is also gay, and my two cousins. Life started highly crazy when my youngest cousin was kidnapped at the age of 2 from the community park. By B.C.W took my other cousin because of the kidnapping, and my aunt went to rehab. My mother was already in the streets doing drugs so I and my brother didn't see much of her. So much drama at home going on, I didn't start school until I was 8 years old in the 3rd grade knowing nothing. But eventually my mother got off drugs and I was the valedictorian in 2 years but my cousin still hasn't been found

What do you feel was the biggest change from your ballroom performance to Hip Hop dance?
Well I was a choreographer and dancer since the age of 10. I started ballroom at the age of 15 which was the same age I did my first music video for singing group 702. So worked with me was opposite. My style in ballroom was always a hip hop dance flavor Vogue. I learned how to take what I did in the dance world and convert it to the art of vogue. Honestly I never that I was going to be bigger for voguing than for hip hop. But I always had the drive to take it outside of the community. 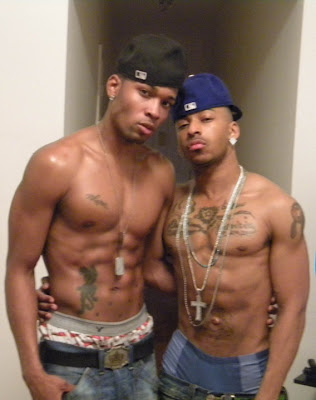 I know your in a relationship with Metrell, what is the hardest thing about your relationship and being on the road?
Yes my relationship is kind of difficult to have when you are on the road because me and my boyfriend are used to being with each other 19hours of the day everyday. So we tend to argue because of the frustration of not being with each other but when we get back its alright. We are teaching one another how to love each other.
What artist have you worked with and do you look forward to working with?
Well I have worked with numerous artist such as: Mariah Carey, Ashanti, Missy Elliott, Lil Mo, Remy Martin, the late Big Pun, Shaggy, Nicole Ray and right now I choreograph for a new artist and upcoming Pop artist name Talia Coles who is now one of my closest friends. my dream goal was always to work with the Jackson's. My blueprint for choreography has always been Michael and Janet. Currently I have found the desire to choreograph for Lady Ga Ga one reason is because I know she can put my creative mind to the stage in creative excellence, second is because I love what she stands for I truly love how she supports the gay community.

What can we look forward to seeing from you in the future?

Well there are a lot of things that I am looking forward to creating in the near and far future. Currently I am working on music. Though I have always had the desire to be a musical lyricist and musical artist dance has always been my main passion. Now i am ready to take on this new adventure. Also Vogue Evolution will be going on tour be going on tour next year and doing a lot of workshops. I am also working on a reality show but I cant speak on that as of now......

Is there anything else that you would like to say to my readers?

I would just like to say thank you to all of my supporters and Vogue Evolution fans. The Messages, the Emails, the Letters and the love in public is the reason we do what we do. Please continue to stay strong and understand that there is no obstacle, circumstance or problem in this world. Everything is just stepping stones to get to get you to your passionate desires and life purpose.

I tell you Pony story is really touching and I hope it reaches and touches everyone.....He is truly legendary in every aspect of the defenition. Its very rare that you meet someone that is just an all around person. His love for the artistry of dance, his love for his boyfriend and his drive to empower people is what makes Pony the Legendary Pony Zion Garcon