Oh I Just Cant Wait To Be King: The Simba Interview 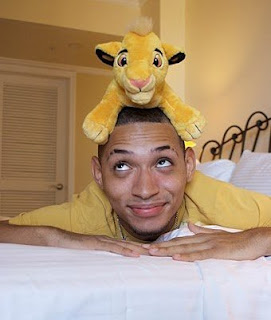 So a while back I started a spotlight on Youtube segment on my blog which can be seen here http://tjworld2010.blogspot.com/2010/06/in-jungle-mighty-jungle-lion-sleeps.html. Alot of hits came from my spotlight on Blueyedsimba. Well now Simba is back in his all new interview with me we talk about his life, his music, n alot of his views. Here is my Simba interview


Blueyedsimba bka Simba aka Daniel Hoyos is a young gay musician/singer/activist who wants to pave a way for gay male musician to come up in the music industry and be accepted for there talent and for who they are and sing to with out any discrimination via lyrical verses or just being themselves.He is also a person who is very open minded and think outside the box because life to him is like a mirror...you can see people, places, and things in different angles.He considers himself openly gay and a modern day hippie lol and loves to sing and entertain for his fans and supporters in which he calls cubbies

Where did you come up with calling yourself Simba? 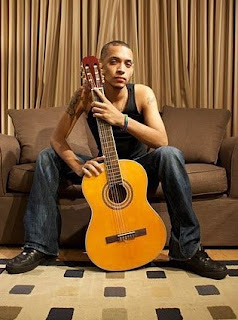 Well it goes back to middle school i had join the band in Lakes Stevens Middle School In Dade County Miami,FL around my 8th grade year.i had taken a break from music because i didn't no my school had a musical department. But originally came from a magnet school called Rainbow Park Elementary which is a school in Miami for gifted students. Once i join the musical arts again in middle school my father had bought me a clarinet and a book for me to learn how to play the clarinet. Along with those books there was Disney musical book and that was my goal to be able to plays those songs once i mastered playing the first book.Once I joined the band I had quickly caught on in the class and advance pass some of the other students which clearly some of them didn't like as tho they felt i was a threat to them including my Section leader (The most skilled instrument player in that section that gets solos and is in charge of there group) after band practice i would always stay and practice my Disney book and loved playing "Can You Feel The Love Tonight" & "Just Cant Wait To be King" written by Elton John and played in the Disney Movie "The Lion King". So when my Section Leader got annoyed with me to pick on me she named me Simba which became my rookie name (a name given to as if you were in a fraternity that resemble something you do or look like or are as a sign of humiliation). As time went on i went to high school and join the band there at Carol City Senior High also located in Miami Dade,FL and the name carried on from there to as i continued to practice my Disney book n my spare time.Since then and after high people have said from a certain angle i look like Simba some say they don't like the name some say its different and unique...but to me Simba the name represent that no matter what or who or anybody tells me when is my time...my time will come when i am ready and when that time comes i will conquer any issues that is put in front of me and claim my pride...tho the name was given to me to be a joke i took it and embraced it to make me strong everyday. 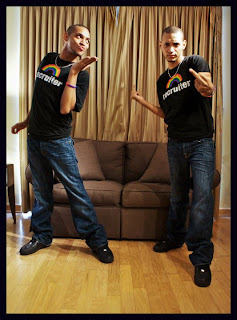 How old were you when you realized you wanted to sing?
Well....lol...from as far as i can remember i think 4 sounds bout right...but my dad would always play music and want us to sing with him and become famous musician in the christian lime light. so as time went on at first to me it was troublesome it became something i loved to do till this day.and an outlet for me to express the way i feel when ever I'm down and I'm glad i was introduce into it.

Do you think that the world will accept an openly gay artist?

Umm to be honest...it kinda 50/50...i believe that people like Elton John, Nicki Minaj, Ricky Martin, Lance Bass, Lady Gaga, Adam Lambert, Clay Akins and so many others have helped in a sense ease the blow a lil. But I feel in time my dream of being one will come.And if not ill be ok if I inspired any other young gay musician who want to but doubted themselves to carry out my dream of paving a way.

I never had a computer b4 so when my dad got one we starter going on different websites and browsing and as time went on a friend said i could watch videos online on web on a site called "Youtube" so when i start browsing that site i seen i could upload videos as well so i said let me see what they think bout this song i wrote in high school called "Testin Me" just for fun and uploaded it. i started getting comments and liked it and from there on out started posting more videos and reply to people message thru a video as well. The name for my channel also came through my email i didn't really know i how youtube worked at the time and didnt think i was gonna get this much viewers and subscibers so i just put my aol email which is blueyedsimba@aol.com and that also how the name came up but now the name of my show is "Simba Entertainment Productions". 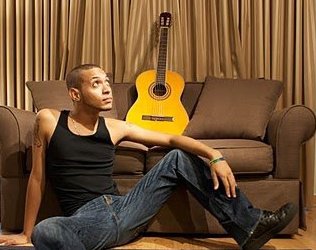 Being a top rated youtube icon...What are the messages you try to get across?
On my show i just want people to believe in themselves and know that life comes with balance we gotta go thru are bads to get to are good and acknowledge that cycle and embrace it. As well to be them selves and know that no every one is gonna like them and that's ok. Also to believe in them and follow there dreams. I started venting on twitter/facebook/youtube becuz i wanted people to see that I'm human like them and I go thru problems just like them. And knowing that i can be an inspiration to so many people in these last to years going on 3 is a true blessing that why I LOVE YOU CUBBIES MWAH!!! oh and another thing lol i wouldn't say top rated but well known lol I'm almost there tho *fingers crossed

Alot of people say some youtube stars are stuck up what do you say?


Ill say this not all of them are and there are some..but all in all i want people to think of it like this if your a "Youtube Star" imagine the number of messages you might get do u honestly think that some of these youtubers have the time to sit down and reply in a deep conversation mode to each and everyone of y'all...no they have a life to live outside of youtube unless you're whatthebuck but that cuz that his job.But don't judge people just take it for what it is and if they reply ok and if they don't ok its no the end of the world its the Internet. And if u really want there attention meet them at functions like ATL Pride or Sizzle or even Inferno DR or NY Pride great way to network and kinda feel them out for yourselves. 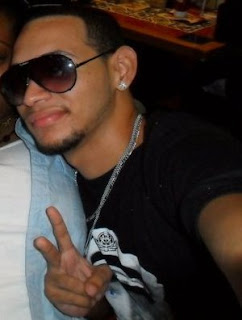 Who is your celebrity crush male and female?
I would have to say Taye Diggs...Lord Have Mercy hmmm...lol and female it use to be Halle Berry and Mrs.Pinkett Smith But that was when i was trying to prove i was someone I'm not lol

What are your views on relationships?

My views are simple Live ,Love ,and Learn live your life life like there no tomorrow take it slow and enjoy the time you do have with the person kinda like a hard candy enjoy the flavor it'll last longer . Love yourself and make sure your ok with letting them go if the time comes and Learn from it and take it as a blessing and lesson to grow and learn and move forward in this crazy world..and trust i no its easier said then done but its worth it...good thing comes to those who wait 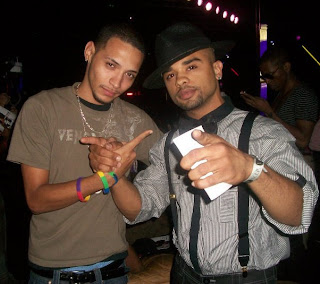 How was your time this year at ATL Pride 2010?
It was awesome i got sponsored this year which was great there were some problems but all in all great had a great time with Anthony Toliver who sponsored the trip and is a Manager from the infamous club TRAXX but really got to enjoy the time that we did spend and all the Youtubers that were there and especially at the Sweet & Greet hosted by Candy From Sweet Addictions TV. It was Great seeing my Cubbies everywhere and at all the events it was overwhelming i didn't know that many people watch my show i was so humbled.Just great... got to meet Celebrities like Raz B, Fantasia, Dondria ,Kelly Rowland, And even got to Speak to B.Scott in person this time.

If you had to give someone advice who was struggling wit their sexuality what would it be?


"How To Come Out The Closet Part 1" http://www.youtube.com/watch?v=V-9NFErbEI4&feature=related & 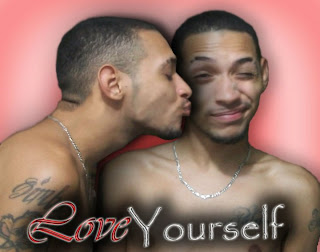 "How To Come Out The Closet Part 2" http://www.youtube.com/watch?v=prdsByK-eDs&feature=related
But basically come out for you and nobody else as long as your ok with it that all you need it goes with the process of loving yourself even the things you wish u never felt or had. And believe that everything is gonna play it out the way its suppose to. And being gay is not worth taking your life and anybody else teasing you bout it "It Gets Better"


Is there anything else you would like to say? 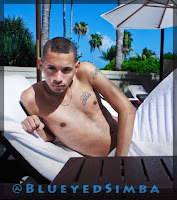 Well for one lol Go to www.youtube.com/Blueyedsimba and Subscribe to my channel as a way of support...Comment on the videos you like and would wanna tell me how you felt bout it and let others see as well FYI I'm a comment junkie lol.... Like the video if you like or just for the hell of it but that helps....but most importantly SHARE it on your Facebook , Twitter, blogs,websites Let people know who I am if they don't know by now Cubbies. And that i love each and everyone of y'all just for supporting me this long or just started to and i wanna give thanks to everyone who has sponsored me from Kevin of the Skorpion Show for sponsoring Sizzle Last Year to Anthony Toliver for sponsering ATL pride this year and all my cubies who got me birthday Gifts from You TJ to Calvin To Aura and everyone who sent me birthday wishes on my birthday.It was great doing this Interview with You Tj and i wish your blog much success keep doing what your doing i believe in you and thanks for believing in me and my dream