Family Stories 2: How I met my Papa Smokey 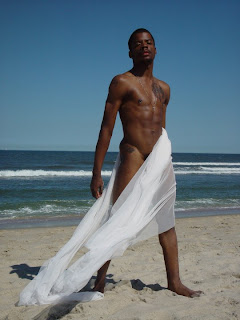 So after meeting Kevyn I had the opportunity of meeting his better half Donavin. Here is our Story


In July of 2009 Kevyn introduced me to his other half whom at the time I called Donivan (Donna-Van). The first time that Kevyn put us on the phone I sensed a lot of shade from him. Donivan as I called him was sorta crazy at first in my opinion (Lol I never told him that) Later on I understood why he was being shady. He didn't know me. He felt like i was after Kevyn because he had always been faced with people coming into their lives to interrupt their relationship. 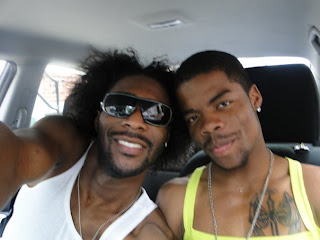 After a couple of weeks of Donavin assumed his position in my life as being my Papa. To me Papa took on more of the Motherly roll in the family (O God he's gonna Kill me for that) He took on the nurturing role. Getting to know him he really turned out to be a very sweet and kind individual.
So as I previously stated Kevyn and Donavin wanted me to come to Philadelphia. I still was nervous only really knowing them for a month but I said hey what the hell if I die I die. (I was so nervous about meeting them) So when I decided to go they told me to go to the bus station and they had purchased the ticket for me to get there. I went to the bus station only to find out that a ticket wasn't purchased. Of course I started to get worried and knew that these people that I called my family were turning up to be phony. After I discovered that there wasn't a ticket at the station waiting for me I called Donavin and let him know that something wasn't right. He told me that it must have been a screw up on the Bus Company because he paid for the ticket. So about ten minutes went past and Donavin called back and said  "Hey Son your Uncle Speedy is going to come get you". I said umm Ok this is someone new to me O Lord I'm gonna die. (LOL) 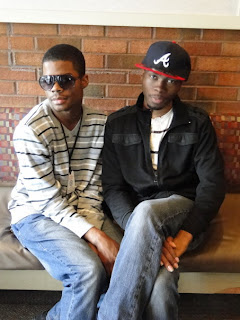 A hour went by and Donavin called me and said Hey your uncle is outside and to my surprise Donavin was in the car as well. I felt some kind of comfort knowing that this guy whom I had been talking to for about two months now is a real person. (Lol) After actually meeting him I felt at ease about meeting everyone else and my new family.
Because of the role that Donavin took on he and I got really close. He grew on me and we were tighter then tight. He was always there to lend a ear sorta like my best friend as well as my parent. Smokey and Kevyn really have instilled a lot in me. They have very different styles in raising their children. I love them both and they really mean alot to me. Ahhh gotto love my very disfunctional family. lol
at 11:58 AM