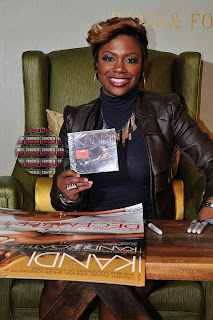 Real Housewife of Atlanta star and former member of Xscape has her own new web show called Kandi Koated Nights. 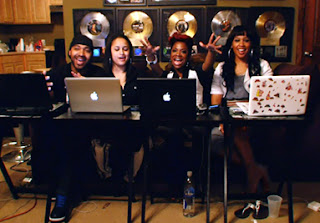 Kandi appeared in the Real Housewives of Atlanta in 2009 as a new addition in to the cast. Her very first season was great but ended tragically as her fiance AJ passed away in between the end of the season and reunion show. After her tragic loss Kandi devoted herself and her time into putting together her new album Kandi Koated.

Kandi Koated then became the brand of the hit maker and superstar as she begun her web series Kandi Koated Nights (KKN). KKN is a web show that Kandi and three of her friends started to help a broad variety of people with there love and sex problems. Not just to help them with the problems but to also give them tips on how to spice up there sex lives and how to keep there spouse happy. 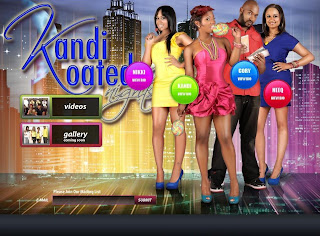 KKN has had many of special guest including Derek J (member of the RHOA cast), Chanita Foster (star of Football Wives.) and Phadrea Parks, Nene Leakes, Kim Zolciak and Sharae Whitfield (all of the RHOA cast). Her regular co host consist of good friends Nikki Nicole, Dj A1 and Corey. The group often sits down to discuss there views on how to "Make you Vajayjay taste good" and various other topics to help people out. They take questions and emails from people and share there stories on air.

In my opinion KKN is a very unique show as it allows us inside the life of a celebrity. KKN allows us to see the person for who she is and lets the viewers and fans know that she is an ordinary person just like us. KKN gets rated A+ to me. KKN comes on Ustream every Wednesday Night at 10pm http://www.kandikoatednight.com/
at 5:45 PM