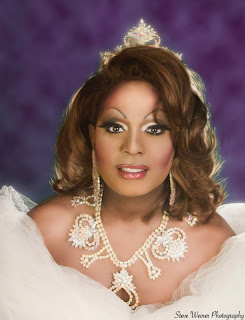 So last night after my show Lashin Out a special visitor stopped pass. That's right Miss Gay Maryland herself Ms Onyx Revlon. We sat down as me, Onyx and Helena had a great interview and talk. Actually I let Helena take the lead because she knows Onyx just a little better then I so the questions In Purple are Helena (lol)

Who is Onyx Revlon?
Diverse, hard working, determined, legend just to name a few but I would have to say mainly I am me.


Out of all your years of performing and doing pageants what would you say your most memorable title is and why?
I would have to say Ms Hippo. Ms Hippo gave me the range to do alot. It gave me time to evolve in to the performer I am now. 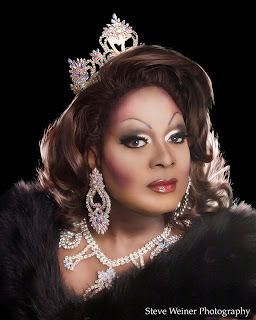 If you could change anything about Onyx what would it be?
Not to wear so much on my sleeve and definitely not to say to much to soon


Out of all of the characters that you have done who was your most memorable?
People look at me now and would think that its  unbelievable it but I would have to say Janet Jackson. People wouldn't believe it but it was a very successful character for me back in the day.


If you could choose any person in this industry has had a positive influence on you and your career who would it be?
Vicki Fox from DC. She was one of the first African American Miss Gay Maryland's that I saw which she was Ms hippo at the time. It let me know that I can do this I can actually be Ms Hippo and I can actually be Miss Gay Maryland if I work hard and if I'm dedicated I could do this too and I can be her on that stage and still be me at the same time.


In your reign as Miss Gay Maryland what was your most important platform?
My most important thing in my platform was letting people know that this goes a lot further then what you see on stage as far as the feathers,the gown, the beads and the rhinestones you have to go out there and make and be your own Miss Gay Maryland. You know my Miss Gay Maryland was children, pediatrics, and aids that was my platform that is what I wanted to do is go out there and make the community aware that not only adults suffer from HIV but children also suffer. Another thing people to know is that I stood for Diversity. I wanted everyone to know it doesn't matter what color or nationality you are its about the positive impact you make.


How long have you been performing?
28 consistent years and I'm still here and still beautiful. (lol) 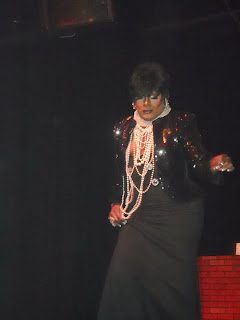 In your 28 years of being a female illusionist do you think that drag has changed?
I think that it has changed for the worst. Back when I first started is was really all about your success and what you have accomplished. I think that now it is about the commodity. Its not about what you offer. You can truly now see what separates the men from the boys because now its like you really don't have to do anything. Now the children sit around and say they want to do drag on a Friday and want to do a show Sunday and not ready but when we started doing it you had to prepare a whole week or a whole month prior to you performing.  Honestly that's why I am happy about Miss Gay Maryland this year because only the strong will survive. If you don't have then you are out.


Do you think that 2010-2011 is the only time you should have won Miss Gay Maryland?
No I don't think that it is when I should have won. I think that in 1991 I should have won and I didn't. The way I know it now I wouldn't have really been prepared and its really so much involved with Miss Gay Maryland, I like to call Miss Gay Maryland, Miss America Boot Camp because it is a preliminary to Miss Gay America. It shows you that these are the things you need to do, these are the things you need to say to actually bring you through and help you represent yourself in the appropriate manner. You have to take what and who you are into that system and it has worked for me. I have to say they loved the male I was because I never changed who I was. 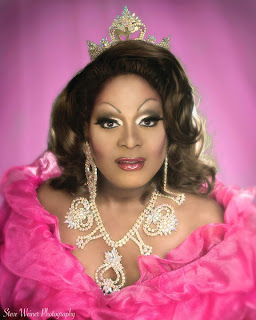 What will you be doing after you step down from your crown?
I do plan on running for another prelim for Miss America I cant tell you which it is but you will be interviewing me again as the reigning so and so.

How long have you been a Revlon?
I have been a Revlon since the Revlon House started in 1992. I was one of the first who got up in drag along with 3 others. We were the fantastic 4 of Baltimore. We are the ones who put the Revlons on the map.

What can we look forward to from Onyx Revlon?
I will be preparing girls for the pageant system. Sort of like a liaison helping them get ready for talent, interviews, and the pageant in general. From the age of 5 to 50.

Do you have any last words for your supporters and my viewers?
Please come out and support Miss Gay Maryland April 16-18. Also please please in what ever you do be safe. And if your going to do anything as far as sexual go with your heart. Just believe in yourself and believe in the person you are with.
at 1:35 PM