Can You Handle It: The ReDICKulous Interview 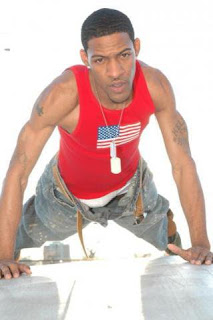 So one day I'm browsing Facebook and happen to come across a familiar face. That Right it was super sexy hot boy ReDICKulous. I was so ready to ask him questions about him and his life and I was excited when he agreed to sit down and give me The Scoop.

I am a male exotic entertainer/dancer. Although I am as an independent dancer, I am closely affiliated with Naughty Boi Inc. Male Exotic Entertainment Group based out of Houston. Started dancing in June 2004 after auditioning in a local club in my hometown of Augusta, GA. I am very passionate about my craft, dedicated to not only entertaining but networking, promoting, assisting, educating, and learning anything that would continue making "ReDICKulous" a success. 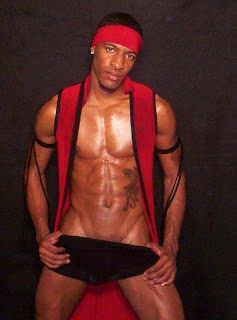 What made you choose the stage name "ReDICKulous"?
Well "Infamous" was the chosen stage name but after only auditioning under that name. My first and only manager quickly demanded that a name change must take effect before I get on a stage in Atlanta .........So he along with the female MC both agreed that I should be called "Ridiculous!" I didn't agree with it at first, but then a misspelling of  the name on the roster took notice which in turn became "Re-DICK-u-lous" and I thought I should drop the hyphen and just be known as "ReDICKulous" because the name was incredibly long.


What was it that sparked your career in Exotic Dancing?
Well I always love dancing and growing up I was in dance group, in the marching band, and cheering in college so dancing came natural to me, it was the getting nude part I had to adjust to.

Who would you say some of your biggest influences were in the Exotic Dancing Field?
I love to answer this question! My biggest influence was the late Serapis "K-Rock" Kephra, who I consider my mentor and big brother. He was everyone's favorite exotic dancer, everyone knew him, everyone said great things about him, his show was amazing, and he had a successful group notably known as K-Rock Production. Although I never joined his group after becoming independent, he always treated me as if I was apart of his team and invited me on many performances. His death in February 2008 devastated many of the dancers and caused some to walk away from dancing, some to go downhill and others continue as he would have wanted to. The moment I realized how much he was my idol was during Houston Splash 2007 when I won the competition over him but didn't want to accept the prizes because I never saw myself better than him. It was an honor to me when I was requested at the memorial to sit with his group as part of the family. some disagreed and let it be known but I couldn't let that get to me. But I just wish I had the opportunity to say goodbye and my way of dealing with it was to write a letter to all promoters, dancers, club owners and close friends and it was publicized in several online blogs and news letters.


What does your work out regiment consist of?
Push-ups (regular, elevated & up-side-down full body), sit-ups, free weight bench lifting, dips, and running. I don't wont to get big, I'm satisfied with my size so i do it to maintain.


Do you find that because of your profession a lot of guys and girls try to get with you?
Knowing what I do on stage has made me a way that I should always be prepared to receive both negative and positive attention from both sexes and different races. I am very big on separating my personal life from me as an entertainer. Everyone who has had the opportunity to get to know me on a personal level always admit that I am two totally different people. But if someone is interested in me the biggest turn off is for someone who wants to know more about "ReDICKulous" than who I am as a person. It's alot to know about me and a lot I have been through and have did in my life so me being an exotic dancers is only a chapter in my life. I have a thick book of stories to know about me. 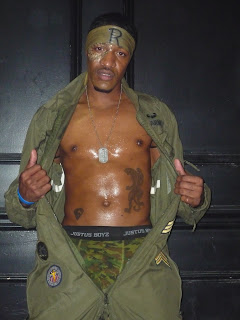 What is your perfect guy or girl?
I can make this short! Everyone is different and something that interest me with one person might not with another. I don't have a certain type of person that I look for because I have never dated the same type of person but I will say you definitely have to be able to communicate and make me laugh.


What is one of your best trick in your routine? Why?
LOL! OK everyone loves to see me suck my dick, both men and women audience but honestly I love interacting with the audience!

Before each one of your shows what do you do to prepare yourself?
Seriously, believe this or not on every trip my parents and close friend get my flight information in case of an emergency and are to know where I am ALWAYS! Another thing is I never walk on stage without prayer and occasionally, when i travel with a group I like to toast to a successful show, which includes the promoter. Also, because exotic dancing is one of the few businesses where is takes the man longer to get dress than the girl, I try not to have sex within 24 hours before the show in order to be prepared and ready to go on when its showtime.


Do you feel like you have a lot of competition in the Exotic Dancing world? Why or why not?
Of Course! In the Sex Industry (which includes Porn Stars, Exotic Dancers, Escorts, etc) there is always someone with a bigger dick, better ass, hotter body or cuter face than you. But if you know how to work what you got whether its small of huge, keep the audience attention with good entertainment, be professional, network, and be approachable, and promote you can maintain or reach whatever level you desire in the business. It's those who are cocky, arrogant, selfish, hateful, and too demanding cause you to be push aside. Them type of entertainers don't understand THAT YOU CAN ALWAYS BE REPLACE! 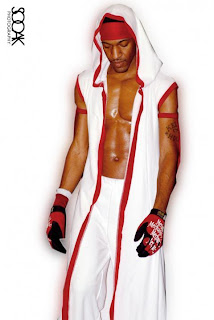 
Where is your favorite place to travel?
I actually don't have a favorite city because each city may have something I love about it and i may hate about it. There is one thing i request if i am travel to a city for the first time is that I am at least given a tour of the city to see historically landmarks or attractions. nevertheless i have learned that no matter what country you, what language is spoken, what type of crowd you are entertaining: HATERS & FAGS are everywhere and easy recognizes!


What is your favorite device?
My cell phone, which is the T-Mobile Samsung Galaxy S (4G)


Where is somewhere that you want to travel in the world?
Africa

When you first started dancing do you think you would have such a huge fan base? ( I mean Phaedra did mention you on RHOA LOL )
Listen, I wouldn't have never imagine me being popular from stripping, but I was just as shock as everyone else when I was laying on the couch and she started mentioning me then a minute later I received at least 200 texts, emails, tweets, instants messages and calls that night along..........not to mention my mom and dad even said you're famous for doing what? But they have always supported me in everything I do. Shout out to the parents wishing you a happy 30th Anniversary this year.


Speaking of RHOA, can you really give yourself head? If so, how long have you been able to do that?
You starting to make me blush and get shy......but YES it's true!


What is your favorite thing to eat?
WAFFLE HOUSE's All Star Special


Things people may not know about "ReDICKulous"?
It's plenty to learn about me but here is a few;
A) I am a Gemini (May 29th)
B) I have a fraternal twin brother
C) I was born in Columbia, SC but raised in Augusta, Georgia (I'm a GEORGIALINA like James Brown)
D) I was married in December 1998 to Desiree Latoya Johnson and divorced in November 2005
E) I was in the United States Army from July 1998 until July 2002 and transferred to Georgia National Guard from August 2002 until August 2006. Got out as an Army Sergeant.
F) Graduated as a member of the John M. Tutt Chapter of the National Honor Society from Lucy C. Laney in 1998 where I was very active in school. School King 1998, Prom Prince 1997, Marching, Jazz & Concert Band (Trumpet 4 yrs & Drum Major), Student Council President, and VICA President, 6 yr Peer Advocate member and serve 2 yrs as President
G) Attended Augusta State University in 2002 (Math Education & member of Black Student Union) & South Carolina State University (Political Science/Public Administration, Cheerleader and pledge CS PSI Fraternity and member of United Voices of Christ Gospel Choir member)
H) A member of Beulah Grove Baptist Church (baptized 1996 and member of the B.I. Vernon young Adult Choir) 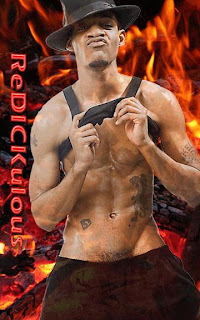 What can we look forward to in the future from "ReDICKulous"?
Don't want to spoil surprises so just STAY TUNED!

Do you have any advice for dancers that look up to you or inspiring dancers?
Don't let anyone tell you that you can't make it even if you are lacking something that others have. You have to work hard in all the areas in order to be successful, take the negative and turn it into a motivation, help those who want and seek advice and make your own unique style. Use your popularity to team up with other organizations such as HIV/AIDS Awareness & Outreach, Community Services and help take Exotic Dancer from the back room of clubs to the mainstream stages so you can get your time in the spot light. Do your part by helping to change the image of Exotic Dancing from negative to positive by eliminating activities those before us have caused people to stereotype dancers. Most of All never let anyone tell you that you cant be a stripper and not have GOD in your life because without him you have no life!


Do you have any last words for your fans and my viewers?
Yes there is something.........Please understand that it more to exotic dancing than just getting on the stage and taking your clothes off........It's a lot of work put back in to make a successful show......i.e. promoting yourself, negotiating booking deals, networking, training, traveling, time, getting costumes made, getting music professionally mixed, purchasing standard items. Yes most of us have booking fees but just like the impersonators we like to feel appreciated and when you tip the better we perform and if you don't have money, it don't take much to clap or at least approach a dancer and let them know you enjoy their show. For those who want to book dancers please never settle for less cause it hurt those who work hard at it and word of advice you get what you pay for so you want a cheap dancer then you liable to have a cheap show! But I can honestly thanks for the support, the request, and the love!