The Lost of an Icon 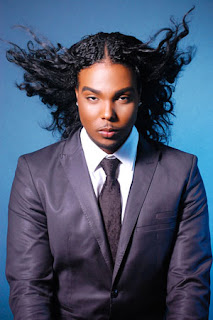 The Scoop Ent lost one of our major supporters and friends on yesterday as god called Dariel Pulliam home. Dariel was a Icon in the fashion industry as well as a great Celebrity Make-Up Artist and Hair Stylist. Me Personally I knew him as a friend and someone who was always there. He lived a high paced life but when ever he got the chance he said to me keep doing what you are doing no matter what people say. After the news broke about his death it hurt my heart. He was someone that i never thought i would see go. Although there is still no confirmed reason of his death it is believed that it was caused by fluid in his lungs.

Kandi Burruss of “Real Housewives of Atlanta” tweeted, “That hurts my heart... I was just thinking about him yesterday! He will be missed by many."


Tionna Smalls of “What Chilli Wants” fame also shared her emotions via Twitter. “My life is distraught. My friend, make up artist, atl hairstylist (what chilli wants 2) Dariel Pulliam (@darielloves) has passed. May he RIP,” she wrote.

I know one thing Dariel you will always be in my heart forever. I love you D. My friend, My Mentor, My encouragement. Rest In Peace
at 1:58 PM