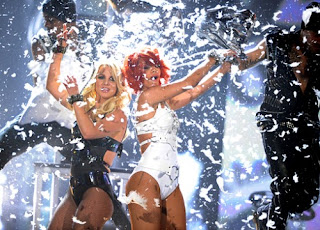 So after 5 years of being off of the Air the Billboard music Awards came back. This years show got off to a very good start as in the first 5 mins of the show Rihanna and special guest Brittany Spears brought down the house. Now honestly Brittany has been in the game for many years now so you think that if she were going to lip sync she would have it down pack but that is a false statement as her lip sync was off.


The next performance of the evenining that I personally liked was that of the Black Eyed Peas. The Peas performed a compilation of of some of there greatest hits which i was very pleased with but honestly the peas need new wadrobing. Fergie and Will are always lit up with lights. (LOL) 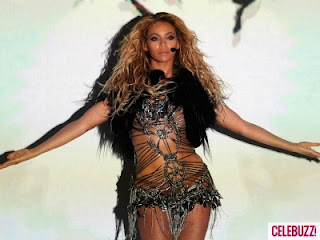 My biggest and best performance goes out to The Artist of The Millinium winner Beyonce. Beyonce gave a very good show stopping performance worthy of being the closing of the Show. Really showing that "Girls Rule The World". Beyonce recieved her award with tears and all in her eyes. Even though I was very disappointed in all of the winner which was really jjust two people Justin Bieber and Taylor Swift, this could be signs that Billbord will be getting better.
at 4:12 PM