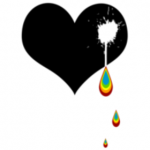 This is just the first installment into Real Life Stories where we will break down different stereotypes and explore what it is really all about. Here is the first topic Why don't most homosexual relationships work.
For a while I asked myself, why is it so hard for two guys to stay together for more then a  two week period? So I had a poll going to see why didn't people in the LGBT community didn't think that Relationships don't last amongst us. And honestly I can not say I am surprise at the answers I received. So before I get into my views and politics on the situation I want to give you all a synopsis of all the responses that I received. 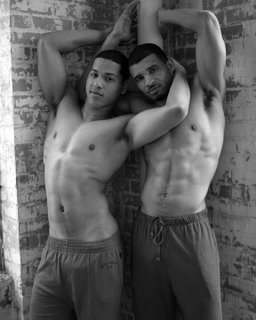 It is stated that most homosexual men try to get into relationship don't know what a relationship is. A relationship is more than two people coming together and talking in order to have a relationship these two people must have common interest in something, there has to be a common foundation. So most of these relationships don't last long because people no longer want to sacrifice and wait to have sex, they rather jump in the bed and talk later. Homosexual men mostly are about here and now...they want what they want and when something else they want arises...they want that too. If men took the time to get to know each other  more than likely most short term relationships wouldn't happen. You would know the things you don't like about them and could make an educated choice to proceed or not. First and foremost we have to love ourselves before we can love anyone else. Once that is put together, we have to allow our feelings to open up with that person and put all bs and games to the side to allow something to work out.
Woo that was alot said, but its all truth. The main two things on some homosexual guys minds are who can i get to bust this nut or how much can I get out of him... Or at least that's what we believe. It is all on how we present ourselves. If you are a person whom constantly looks and act like you all you want and need is sex then that's what you will be labeled as. A lot of guys take the fact that you are trying to build a friendship first then a relationship second for granted. You can not go into a relationship solely based of a persons outer looks and that's where most guys mess up at. A persons outer looks can be 100% sexy but their personality is what makes them the most hideous creature on earth. A true statement that Rupauls says every week at the end of her show, "If you cant love yourself how the hell can you love someone else," is a statement that is very very true. For both homosexual and heterosexuals we walk around and try to find someone to fill a void or space of someone that is missing in our lives that we fall for any and everyone, when simply the void and space can be filled by us taking the time out to love ourselves and knowing that the relationship will come to us when it is meant to happen.
Here are just a few tips on getting a retaining a successful relationship:
And this has been the first installment in Real Life Stories
﻿
at 9:22 PM