I think I'm in Love 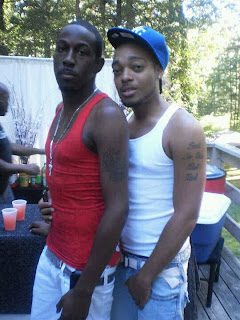 So I have the privilege of  Bringing you guys the second installment of my love and relationship column. Levonzo Robinson and Stephen Brent. Von and Steph are you and in love and are getting ready to get married. Here is the true testament of Love in the Gay life

Who are Levonzo and Stephen?
Levonzo: I am a business owner working to Bridge the Gap between HIV/AIDS, the church, and the world as a whole.

Stephen: I am a working man working with my baby in his company and I will be a full time student in the fall. 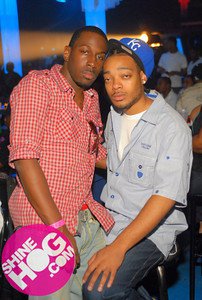 How did the two of you meet?
Levonzo: Its funny actually met at a fundraising event in Atlanta. Stephen walked by and I told a friend how attractive i thought he was. Little did i know the friend knew Stephen and called him over to tell him that i was admiring him, when he walked over I still didn't say anything so he walked away. Stephen approached me later that night to say "so you not gonna say nothing to me" we sat and talk and literally been together ever since.

What was it that attracted you two to each other?
LeVonzo: What attracted me to Stephen was his swag and confidence when i first say him. As well as the fact that we were both playing hard to get.


Stephen: I was attracted to Levonzo because of his looks and his personality. When I sat down and talked to him i was impressed with who he was inside and out.


What was coming out like for the two of you?
LeVonzo: For me coming out was interesting because i was raised in the south and in church after accepting my call to ministry. So my family started out being very judgmental but they have come around a little and I've learned to be happy in my skin.

Stephen: Coming out for me was easy. I came out when I was 18 because i thought i was in love with this boy i was dating. 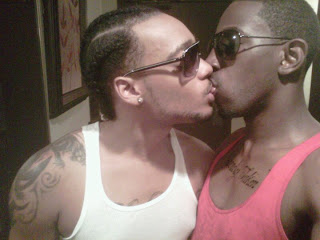 Stephen: My family is and has always been accepting of my lifestyle. For a matter of when Von and i moved to Philly we moved in with my Mother and Father who treated him like he was a son.


Congrats on your recent engagement, What would you say got you to this point?
Stephen: Once again trust honestly and open communication has gotten us to this point. We are both at the happiest point in our live and look forward to getting married next month in dc and having a public ceremony in Atlanta Pride weekend this year.


What is one thing that society screws up about gay men?
Levonzo: The one thing that society screw up about gay men in my opinion is the fact that we are the center of the HIV/AIDS epidemic. Although we do add to the spread of HIV/AIDS there are a lot of us working in the prevention of it. Like my business Bridging the Gap Inc. in NC and your new intervention Dieing for a Nut. 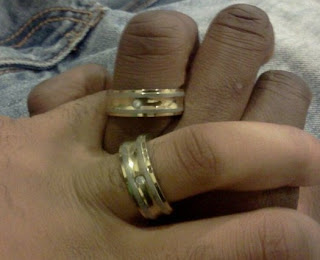 What is a message you want to leave to all gay men about life love and the pursuit of happiness?
Levonzo: To live everyday to make you and the people around you happy. Don't give up on love its out there and you have to work at it. Everyone you meet comes with baggage. Find someone who loves you enough to help you unpack. Don't give up on your dreams or lower your dreams because people around you don't approve. Your time will come and we will all have our chance to live the Good life.


Do you have any last words for my followers?
Levonzo: Last words for the followers would be tomorrow isn't promised to no one and we need to live everyday as if it could we our last. In the last year we've seen so many peers in our age group leave here to soon PLEASE TAKE CARE OF YOURSELVES. :)