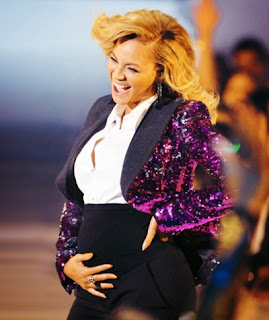 Newly found King B announced her pregnancy on Sunday to the world after her performance of her smash hit Love on Top on the VMA's.

Beyonce Knowles was determined to have a baby by the time she was 30 and shared her baby bump with the world at the 2011 MTV Video Music Awards. The singer, who turns 30 in September, has gotten her wish. Beyonce stole the show before it even began, arriving on the red carpet to announce to photographers she had a surprise in store. She then outlined her obvious bump over her orange gown. 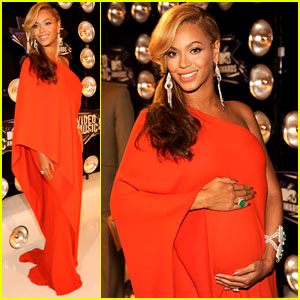 A spokesperson for Beyonce confirmed to ABCNews.com that the star is indeed with child.
"I always said I would have a baby at 30," Knowles told CNN in June, likely knowing she was expecting. She also said, "I was going to retire at 30."She and husband Jay-Z have been married since 2008. The bombshell at the awards show comes ironically with her latest single, "1+1." After completing her performance at the award's show she rubbed her belly as the camera cut to Jay-Z sitting in the audience. "I want you to feel the love that's growing inside me," Knowles said during the performance. Earlier this year she told InStyle that she is now "a woman, and because I gave it all, I can focus on my marriage. I can decide I want to have kids. I can be the mother I want to be and dedicate myself to my children." It is the first child for Beyonce and 41-year-old Jay Z.