You Think You KNow But have No Idea: The Dwight Allen Oneal interview 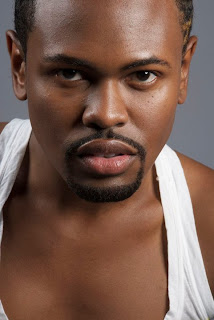 So I have the pleasure of bringing you all hot boy producer and CEO of Off The Clock Production. I first came in contact with Dwight at the 2010 Blatino Awards as he produced the entire show. Here is our interview.

First off I want to thank you for doing this interview for me. No Problem :-) 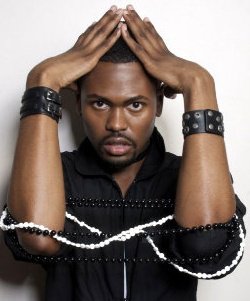 What was your childhood like?
As a child I was a hopeless romantic. I had my first boyfriend at 3 and he broke up with me at the age of 7 for a little girl name Katie, because in church he was learning that liking boys was wrong. Most people giggle when I share the story of how we had a commitment ceremony in front of a tree and exchanged ring pops; however for me it was my first true love and that romance really meant something special to me. After that breakup I decided that I did not want to be gay and that it was wrong and did not love again until I was an adult.


What is your coming out story?
I am coming out to different people in my life at different times. I guess my largest coming out story would have to be with Facebook. With social networking people within my life can see all layers of me. I am a huge force online and I don't camouflage myself for anyone, I refuse to be someone who marks their page private for this person and unlocked for others (too much work). I guess the most challenging person to come out to was my mother, because I thought she would take her love away from me; however she decided not to judge me and allow me to live my own life for myself. Being the drama queen that I am I had to be over the top with the situation, so I told her right before I walked through airport security before traveling back to New York City for college. What a great way to end a college summer visit.

When you came out did your family and peers change towards you?
Some people changed; however I don't live in Arkansas anymore so I don't know the conversations that have been had over who I am now. If anything I think most people are proud of the success that I have had in my career. I did have a cousin who thought I was going to be her gay mascot, but I am no one's mascot... I am the captain on the team!

What prompted you to start Off The Clock Productions?
When I first started working on Christopher Street The Series, my business manager said I had to start my own production company. So at the time I was working a job that I clocked in and out on and one day I was clocking out to go do some editing for my series and I thought "Oh wow, what a wonderful name for my production company!" And here I am today... We have produced several events, photo shoots, two series, and in the works on a few other things.


What would you say is your overall mission of Off The Clock Productions?
Off the Clock Productions was created to create content that is social responsible and entertaining. Anything that we will ever do will always have a message that someone in the world can relate to and learn from.


What prompted you to start The Future Forward?
I actually did not start The Future... I am very honored to be apart of the creative team behind the network and I am a founding member; however I did not come up with the name. I have to give credit to our members Cornelius Jones Jr, Richard Pelzer, Nathan Seven Scott, and Roque Caston, we all came together to create a media/entertainment outlet that would reach men and women across the globe. We have had nothing but success on this endeavor and I personally find it so funny how many people thought we would not last. The Future really demonstrates how there is no I in TEAM.

What is your over all vision of Future Forward?
The Future was created to be the MEDIA for the eyes of our individual part of the community. Each person apart of our team represents a different member of society and we are the voice for that particular member. That is what is so remarkable about our success, individuals are able to learn something different about a new person by tuning into The Future on various days.


I know your production company produced the 2010 Blatino Awards, what was that experience like for you?
REMARKABLE!!! I was so honored to have the opportunity to work with FlavaMen Magazine. I learned so much about an industry that I had never worked in before and I was able to assist in one of the most publicized events on 2010. I am also honored to be apart of the 2011 Electronic FlavaMen Blatino Awards and congrats on your nomination.


What all has Off The Clock Productions produced?
Christopher Street TV, Dating Dwight, Triple S Rated, The S Party, Paparazzi, No Shade, Schizophrenic Fashion Showcase, Adam Irby's Rock With You, several photo shoots and I am sure I am forgetting something LOL... 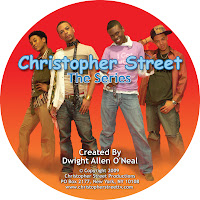 What is your series "Christopher Street" about?

Christopher Street is a independently produced gay television series. The show shares the lives of Chris and his diverse group of friends Jharemy, Ashton, and Shawn. These young men deal with troubles that range from relationship issues, sexual identity, self-love, abuse, HIV/AIDS, and acceptance not only from the world, but from themselves.
Where can we catch your series Christopher Street?
We are really excited to share with you that we just got a distribution deal with TLA Video and you can purchase your copy of the series at http://www.tlavideo.com/gay-christopher-street/p-324921-2or just search for Christopher Street on their site www.tlavideo.com. We will also be in stores across the globe throughout the year.or

With your companies what do you look forward to doing or changing in the LGBT community?
I want to spread the message of Love and through that love I want people to first accept themselves and then the acceptance of others. I have always felt that love solves everything and without love we are lost.


What can we look forward to from Dwight Allen O'Neal in the future?
I will be doing a guest spot on the series Drama Queenz and I am currently working on a new film with some really big people in our community. I am also giving birth to a new project that you can expect to hear about in the next month or so. On the social front I am currently promoting a new exclusive members only socialite event that you have to be invited to to attend. Its very Mean Girls or the In Crowd based, not to throw shade at anyone, but to create a not so accessible monthly event with like minded individuals. The first event is August 20th and the theme is HOT!!! For more details hit me up at www.ONealAppeal.com and I will tell you if you meet the requirements attend. 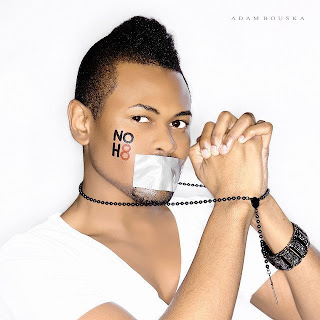 Do you have any last words for your fans and my viewers?
Please support The Scoop Entertainment, this site is very informative and changing our world one letter at a time. This man is on his grind and he cannot do it alone. I have been in this business for over 10 years and it is the most challenging when you are a young entrepreneur on your own creating greatness. Please share this article and other articles with your friends and loved ones, because they may find it very entertaining. Thank you so much for all your support The Scoop and I am looking forward to seeing you on the top! To find out more about me check out www.ONealappeal.com and www.TheFutureForward.net... Love.... Life... Friendships!
at 10:34 AM