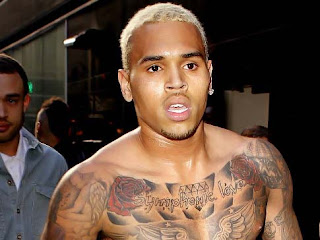 It’s not a good day to be Chris Brown. That is, unless he’s happy to see his private messages discussing how R&B songwriter Martyn “fcked the shit outta me” appear across the interwebs. Ouch. Real talk, we’ve never heard of the guy either, but it looks like he’s a pretty legit songwriter.

It looks like one of Martyn’s assistants took screenshots of direct messages between the two fellas, and has shared them for all the world to see. In the messages, Chris Brown admits to fooling around with Martyn, in the same breath that he calls the songwriter a fag. That sort of dichotomy is the exact behavior that we’ve seen from Brown over the past year.

Trey Songz, Omarion, Fergie, Jessie J, and Nicki Minaj all get namechecked along with Good Morning America and FOX over the course of the lovers quarrel on Twitter.
Take a peak at the screenshots and decide for yourself if they are legit. It certainly reminds us of the Chris Brown that we’ve grown accustomed to. Oh, and there’s also the matter of Martyn confirming the affair to be true. 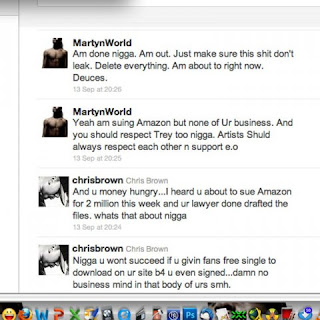