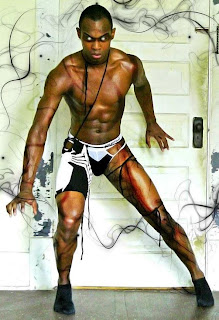 First off Thank you for doing this interview with me it means a lot.
No problem thanks for being interested in interviewing me.

Who is Odyssey?
Well to start off I best describe Odyssey as my nightlife personality. He is a living fantasy. The one that is always traveling and entertaining at clubs.


What was growing up like for you?
Growing up for me was extremely challenging both mentally and emotionally. Reason being that there were often times that I had to deal with discouragement, constantly being talked about and picked on and always had to deal with people trying to change me instead of allowing me to just be myself. Situations like that really caused me to mature and become an emotionally stronger person at a young age.


What is your coming out story?
I probably have one the most simple coming out stories. I was twenty-two years old had my own apartment and the thought hit me. " I'm not teenager anymore I need to be open about my sexuality" I was nervous about speaking out about it but I said to myself " I have a job and my own place. Nobody can get mad and try to kick me out because i'm already out on my own.The worst anybody could do is try to fuss about it." At that very moment I told everyone that was close to me that i was bisexual and went from there. It wasn't a matter of putting my business out because at that point in my life i was no longer worried about what other thought it was mainly about me finally being honest with myself.

Did your family and friends change towards you when you decided to come out?
I can honestly say no because everyone who knew me either already knew or wondered about my sexuality so it wasn't really a change or surprise for anyone.


What started your interest in modeling?
It was when i was on a summer vacation. I was fourteen and I realized I actually like taking pictures, I liked being in front of the camera.


Who are some of your influences in the modeling industry, why?
I think they both might be retired modeling i know Tyra is for sure. But my influences in the modeling industry would be Tyra Banks and Tyson Beckford. Reason why is because Tyra wasn't just about modeling she was about encouraging and empowerment and was a good example to me about not limiting yourself and how to step out work every talent and interest you may have. Tyson was an influence for me because he gained a very high level success in an industry that is not only harder for an African-American but is also harder for a male in general to have a career as successful as a female model. So he was the perfect example that it is possible


You also do photography, when did you start that?
I always kept some type of camera on me but I didn't start doing photography until 2005


Out of modeling and photography, which one would you say is your favorite and why?
My favorite would have to be modeling. Because with modeling I'm able to dress up into different looks, styles, and costumes and it gives me the chance to work with different photographers


Lets talk about your exotic dancing.

What started you in exotic dancing?
In the beginning back when I lived in Shreveport, La I started off doing male lip sync performances. I would always do some expressive movements, majority of the time I would be wearing some sexy underwear costume. So when I came to Atlanta I started as a go-go dancer which is similar to what I was use to except it was more dancing and shortly after that I jumped into exotic dancing as well so one thing pretty much progressed to another


Who would you say was your biggest influence in exotic dancing?
Only one person comes to mind and that is Vishus from Atlanta. I actually told him that when it comes to exotic dancing I want to be as good as him.


How did you get hooked up with the Wet In Atl Crew? 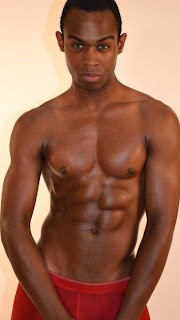 
With modeling, photography, and Exotic Dancing under your belt what are some other talents you possess?
I can't actually say I have them under my belt because I feel there is always room for improvement and new things to learn. But some of my other talents include acting ,writing and a little bit of designing.


What can we look forward to from Odyssey in the future?


Do you have any last words for your fans and my viewers?
wait.......... I have fans? ..... lol cool. Well my last words would be thanks for all the love I really appreciate it and if you want check me out and see what i'm up to you can find me on Facebook under Nairod Odyssey or follow me on Twitter @Jjjohnson082.
at 9:58 AM