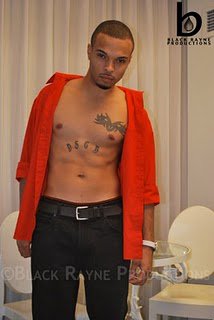 News broke moment ago about Trapboyys release from Black Rayne Productions. TrapBoyy has been the longest standing member of Black Rayne since they made it into mainstream. Earlier this year both Que and Trap announced that Trap would be his first exclusive model with a two year contract and just a few weeks ago Trap announced the launch of Trapboyy Entertainment which would be a section under Black Rayne. Although we are unclear of what happen and the circumstances surrounding the split, the official decision was made on last Monday.

Trapboyy had this to say on today,"I was released last Monday and as much as I hate it, doesn't look like its gonna change. Good luck to BRP and to all of its models. My last scene with the company will feature Trapboyy vs HotRod and that scene will serve as my final with BRP. This is not and was not my decision. However, unlike models of the past I will not become this bitter angry punk. I will remain professional And pray that all things will work out. Thank you all for your support during this endeavor. #TeamTrapBoyy is forever!!!"

Well whatever happens we wish them both well here at The Scoop Ent.
at 12:11 PM