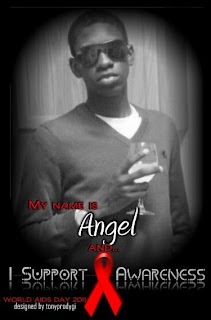 Today I was browsing Facebook and came across 21 year old Angel Sanchez photo. In his photo he let everyone know he was HIV Positive. I really want you all to listen to his story and hopefully it will bring you all some insight.


Hi my name is Demetrius(Angel) and i am HIV Positive. I was diagnosed on June 8, 2011. Life before was all about living for others, and just trying to fit in with everyone as best as i could. Those who personally know me know I love to party and will try anything once or twice if doesn't kill me. I joined the army in June of 2008 at 17 yrs old immediately after graduating high school. For a person as young as me with no bills to have access to that kind of money was insane. Every Friday after work I was in the mall shopping . Friday and Saturday nights I was always in the club scene dancing the night away. I was never alone I was always doing something with somebody, whether it be the people I worked with or people I knew from the clubs, I was always on the go. 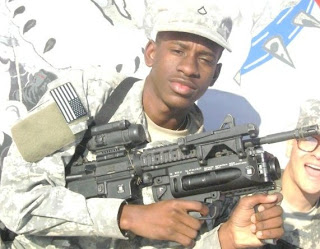 In late 2009 i deployed to Iraq for a year during this time i endured a lot of personal issues, but i completed the mission and made it back home in 2010. I immediately fell back into my old ways , same routine working during the week and partying on the weekend.  This continued until around April of 2011. Around this time i was admitted into the emergency room bc i was urinating blood, my throat had swollen shut, and i was getting fatigued doing everyday activities. I thought nothing of it , i just had got off vacation from going home to Florida i just thought maybe I over exerted myself. I was released the same day after having numerous test run , the only thing they didn't do was draw any blood. So i had said to myself maybe I need to slow down, but I continued on the same road. About to weeks later I was admitted into a military hospital after having a mental breakdown at work. It was during this time they tested my blood to make sure I was on no drugs causing me to hallucinate and what not. Its around mid may at this point, and I'm wondering why I'm giving blood every 2 and 3 days no one is answering my questions. So one day i get  a visit from my commander, I’m still in my pajamas that were required to wear  while we stay there, and he informs i have to sign a counseling statement saying that i am HIV positive and i must notify everyone  i am before i sleep with them or else i will be prosecuted under military law and ultimately go to jail. I was just kinda in awe, i didn't say anything. I signed the papers and afterwards they sent a doctor to explain to me the causes and what i needed to do to stay as healthy as I can.
The next day I was informed  I would be transferred to another mental ward that is dedicated to just military and where they could better service my needs.  So upon my arrival after in processing my assigned psychiatrist informed me that i based on my case studies i am a classic case of bipolar disorder, which causes me to have uncontrolled sudden mood swings and when it gets really bad i will go into a state of delusion. They had medicine to help keep the toxins in balance but ultimately nothing can fully control it. I was also informed that i would have to be medically retired from the army, bc of my mental state i could no longer be trusted to hold a weapon. I was devastated, i continued treatment for about another month and in early July I was released to go back to work  in  a office type environment. It was during this time i let myself go i no longer took any pride in how i looked, shut myself from others, and just did the basic task required of me to stay out of trouble and finish out my military career. 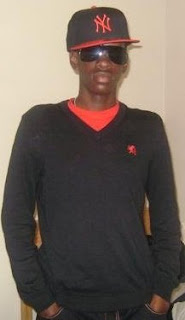 I told my mother first she was nonchalant and reassured me it would all be OK and just go to god he will take care. I really wasn't trying to hear that, so after confiding in a few close friends over the next month or so one of them invited me to go to church. I had grown up in the church but at some point i just strayed away. Considering my mother had already advised me of it i figure maybe god was trying to send me a message and that's where i needed to be so i went. It was during those first few weeks of going back to church my spirit was renewed, just hearing so many bible stories about what these people had to go through and led them to greatness inspired me to pick myself up and start living again. I slowly broke the news to my gay family who surprisingly none of them badmouthed me nor made me feel bad in any way. It was during this time i had come to terms that maybe being alone wouldn't be so bad as long as god was watching over me and i had the support and love of my close family and friends. As far as sex i was deeply turned off to the idea and thought of it. As always when u least expect it what happens a blast from the past. one of my exes let me know that no matter what i had done to them, and what i was going through they still loved me, and it was at that point i realize u can still have a full life even after a positive diagnosis.
Here I was 21 yrs old HIV positive with the love and support of those around me, and I still had people who were not scared to touch me in the sexual sense. Its just in the gay world its so many stereotypes about HIV +  ppl, like  we want to infect the world because our lives are fucked up, and we would never amount to  nothing. Or here's another favorite i heard we should all just go die. I realized while it can apply to some people but that would never be me.  I would never wish this on anyone and if i can protect the next person from having to experience this i would do everything in my power to. I know who gave it to me and when confronted about it , they said they didn't have it. Once the test came back we found out differently. Lol i was never one to jump into bed with anyone i just fell in love with the wrong man. I wish him no ill will and only the best for the future , because at the end of the day it takes 2 to tango and i failed to protect myself so i cant blame anyone but myself.
SO WHERE  AM I NOW??? Lol I'm back in church doing things full time for the lord, I don't go clubbing but every now and again. I'm still in the military but only for about 2 more months until they can wrap up my paperwork. From there I'm going back to college full time, continuing to educate others of my story , and hopefully save some one going down the same path as me before it gets to that point.  As well as preparing to pledge a fraternity as a few alumni of a certain frat think i would be a good addition to it , so hopefully i will be one of the divine 9 soon . Which one u gotta follow me to see lol. But no one cares about that everyone wants to know about my love life ...........
Well i have attempted one relationship since then , but it didn't work out.  I have a few offers on the table some from HIV positive guys, others from HIV negative guys who just think i am a strong , spiritual person who would love to be apart of my life.  Lol keeping my options open , but not rushing into anything. My main focus is transitioning out the military and obtaining my goals that i am working on for 2012, and overall just being a better me. So that's it lol if anyone has any ?'s or if they just need to talk to someone because they feel alone, or their scared just reach out to me on my facebook page at http://www.facebook.com/Demetrius.Nelson72390 or search me as Angel Sanchez.  Well I've said enough love u guys!!!
at 7:13 PM