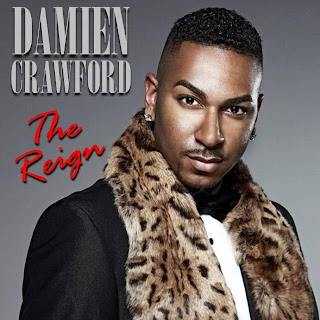 Damien Crawford is definitely an up and coming artist who will definitely make it big. His lyrics throughout his album are creative, strong, passionate, and definitely eye catching. You can’t help but move your body to the soft yet rigid. Every song and every beat makes your mind wonder what will happen next. For the most part the album is something that you would want to turn on in your car on full blast! When you first turn on his first song “69” don’t assume that the entire album will be sex related. His artistic abilities and potential shine through every song. It keeps you on the edge of your seat while you wait for the next song to play.
One song in particular “I Can Be”, in a few of his lines, you can literally feel the energy through every word he says. “Nothing’s ever stopping me from giving anything…I can be the man you say had never cheated”, shows that he is confident in his every move within this relationship with this significant other. He proves that he will definitely never be like the others. The tempo of the song will keep you interested and overall wait for his next move.
In “No Pain No Gain”, the backdrop of this song is perfect behind the melody and harmony of his voice. He exceeds his limits within this song. Belting out lines such as “You tried to say it wasn’t true, I looked at you, and then I knew…I’d never thought I’d wear the ring of the one who caused my pain,” it’s only easy to see the pain behind his music. The depth of the feeling in this song makes it easy for you to relate. The symbolism of the ring in his song shows that trust and love connection between him and the other, but it also shows the hate and pain between the two and just how much it meant to him.
The best song yet on this album would have to be “The Get Down”. The mix of club backdrops with R&B feel, and a little of the pop touch, you can definitely say that this songs gives you a variety of genres to look forward to hearing in this one song. This song makes you anticipate. The words in his song let you know that he just wants to have a good time like everyone else. This song will definitely hit the youth crowds that will be moving to our next generation.
“Down 4 U” is a slower temper. The words are sexual get pretty heated. If you want something similar to Trey Songz but better, this would be the song for you! His choice of “pleasure” words make you want to lay down and do it just like the song says. The steamy feeling of the action that happen in the song makes chill bumps appear all over. Chills up and down your spine and a feeling of satisfaction will definitely be felt with this song.
All over, this album is great! The mix of up tempo and low tempo beats, the voice of Damien himself, and the way he matches his music makes you want to buy and fall in love with him and this album. At first, you would think it would be another “wanna be” artist. But when you hear it play on the radio, or blast on the music channels on your television, you will definitely fall in love with it. I became a Damien fan after hearing this album which is his 1st. And I am sure there is more to come. Thank you Damien and thank you to his supporters and to the Scoop Entertainment Fam!
-          Secret Lyricist
at 7:56 PM