We Found Love: The DJ Blaze and Jailyn Interview 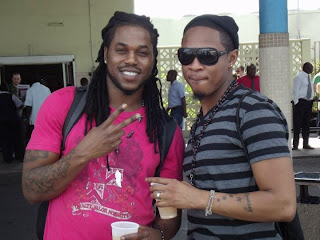 So you guys know how I love letting you into the lives of individuals and giving you insight on things. Well this time I'll give you some relationship advice. Here is DJ Blaze and Jailyn on there lives together and their relationship.


How long did you two know each other before getting together?
We were dating for 6 months before we made it official.

How did you guys meet?
JAILYN: We started talking to each other online, we met in person about 5 times at the club, and then we had our first date! 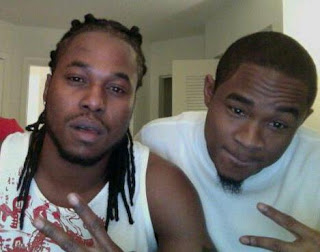 Blaze what would you say attracted you to Jailyn?
BLAZE: When I first saw Jailyn I noticed his eyes, we did a little flirting and he smiled at me! Lol (I SOUND SO DAMN CORNY)

Jailyn what attracted you to Blaze?
JAILYN:  I noticed his smile in his pictures online (I NEVER REALIZED HE WAS ALMOST NUDE) lol…. Then when we met in person his smile and dreads did something to me!

You guys are like a power couple in Miami, Would you say you guys deal with a lot of drama and haters?

JAILYN: I got a lot from some people in the beginning of our relationship but I expected that, not from everybody just 10 or 20 lol…..

Who in your life would you say your relationship is modeled after?
JAILYN: We don’t mold our relationships after anyone we simply do what we think is right! I treat him how I want him to treat me and LIKEWISE.

Now since you found love and basically your soul mate, what do you do to make it fresh, make it better, and help it grow?
BLAZE: whatever it takes
JAILYN: agreed!

Since Blaze you’re a DJ and Jaylin is a well noted Jeweler, when do you guys find time just to spend quality time?
JAILYN: Making jewelry is something do on my spare time, it’s not my primary source of income I have a 9 to 5 with weekends off!
BLAZE: My DJ’ing is a night time job, throughout the day i'm a web developer, computer programmer, and graphic designer and after 6pm (which is when he gets home) its US TIME 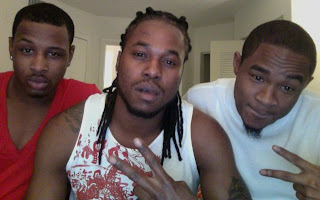 Being that I know Blaze has kids, what are some of the things you guys teach them about keeping a long lasting relationship?
BLAZE: I only have one child and that’s TOKYO MILAN and he has been in a relationship for a long while now, so he knows everything he needs to know!
JAILYN: I’m a strong believer that anything good is worth fighting for, and anything that comes easy goes easy!

What are some of you guy’s favorite things to do together?
JAILYN: I like to think of my self as a COOK so I like to try new things in the kitchen both of us and have a movie night, and eat out at the least once a week.
BLAZE: ALL OF THAT

What do you guys learn from each other on a daily basis?
BLAZE:Jailyn has taught me many different tricks of cooking, he’s working on helping me control my temper.
JAILYN: Blaze is also helping me with my temper (believe it or not I HAVE A VERY BAD TEMPER) most times I just sit back and observe.

What are some of the things you guys wish you could change in the LGBT Culture about dating?
JAILYN: I really hate all the BEEF that’s going around with this person and that person, It would be great if folks could just realize that we all are the same in some way, and we should be happy for those who are happy! (If that makes sense) 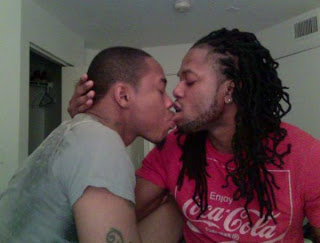 If you could give advice to someone looking for a relationship or people in one on how to make it last what would it be?
JAILYN: Keep people out of your business, the less people know the longer you last!
BLAZE: Compromising and communication is the key to any relationship.

Do you guys have any last words for your fans and my viewers?
I don’t have FANS, I have FREIENDS, to them and to anyone else I say, don’t give up on love and relationships! When it’s your turn, ITS YOUR TURN!