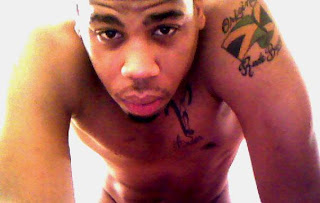 So here is another installment to our ATL exotic dancer series... Mr Rudebwoy

“Rudebwoy is the fun energy lights up the stage and loves to perform at a drop of a dime.“

What was growing up like for you?
“Growing up for me had its ups and downs. My dad left my mom when I was 2 years old but that did not stop my family from making sure I was "very much a loved child". He pretty much left us to fend for ourselves. We were homeless at one point, but my mom did the very best she could to get us out of the poverty we were in at that time. It was heart breaking to see my mom go though that as a child.”

What is your coming out story?
“I was involved with someone 2 yrs ago, things started to go sour and he became very vindictive. We ended up going to jail a few different times because we kept fighting. When we got out of jail, he decided to go to New Orleans to visit his family, and while he was out of town, I made the choice that I did not want to be with him anymore and he flipped. He called my parents in the middle of the night and told them everything. I never thought something like that would happen to me. I had always heard the stories about people being ousted to their families, but I never would have thought that I would be the one dealing with this! It was a hard and F'd up move that he did. I never even knew he had my parents contact information. Let’s just say that the lesson has been learned.” 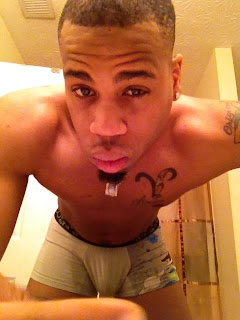 Do you regret coming out to your family and friends?
“The only regret I have is not having the chance to sit my parents down and tell them MYSELF. Other from that, I have no regrets. That situation only made my relationship stronger with my family and friends!!! So if he is reading this I just want to say thanks!”

What started you in the exotic dancing field?
“I was 17 and I needed extra cash in high school to pay for the senor activities, and did not want to stress my mom for the money. I always danced all over campus in high school and I always got that famous question ‘Are you an exotic dancer?’ So I said to myself if they keep asking me maybe I should look into it.”, he smiles, “I hooked up with some local club promoters and I got my first gig at Cupids in Miami. Then I moved to Sugar’s Club, and then went to dance at Club Boi. From there, I started making a name for myself.”

How many years have you been dancing?
“It has been 9 years, so far.”

What made you choose the name Rudebwoy?
“Growing up in Jamaica, I was always doing something wrong and getting into trouble. My grandma always use call me Rudebwoy when I did something wrong. It's a childhood nickname that has stayed with me and I have definitely lived up to the name. When I was thinking of names, I thought it would be a perfect choice for my alter ego.”

Who would you say some of your inspirations were?
“When I use to go to the clubs in Miami, I would see the shows and the different dancers from Atlanta. Dancers like K Rock, Vishus, Fyah, Elite -- These men where who I wanted to mold myself into being like -- A GREAT ENTERTAINER!” 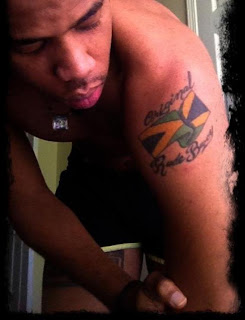 What does exotic dancing mean to you?
“Exotic dancing is an art. Most dancers don't get that. It’s about creating an illusion for the people that have paid to see you. Also, it's about the beat of the music how your body moves with it.”

Do you feel like there is a lot of competition between exotic dancers in ATL?
“Yes!” he exclaimed, “Everyone seems to be more into who is making the most money on the floor. It is not about who is making the most money, it’s about YOU as an exotic dancer and perfecting your own craft. Most of the new dancers feel it’s a competition. To me, it’s about making the people who came out, want to come back for more. If most of the dancers would put more effort into themselves rather than trying to compete, it would be so much better…or maybe that’s just my wishful thinking.”

Who if anyone would you say is your biggest competition? Why?
“Tyrieak why you putting me in the hot seat?”, he laughs, “Honestly I really don't see anyone out there who is my biggest competition. Vishus is my brother, so I can't say I try to compete with him. We are all in our own lanes.”

What is one thing you do prior to a performance?
“Smoke a blunt get my Barcardi 151 Rum and Sour, just to get my mind right!”

When you are performing what is going through your mind?
Laughing, “A lot of things! But mainly to make sure I am pleasing the crowd at all times.”

What is something that not many people would know about you? 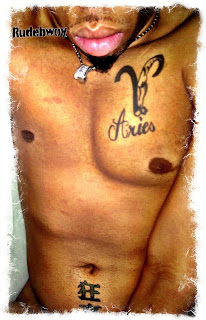 “I'm a song writer, artist and a chef. I went to Johnson & Wales University for culinary arts. Also I'm a homebody! People think I'm a club head. I love to stay home, walk round my spot naked listening to Jill Scott radio on Pandora or watch Cartoon Network. Yes I know, I'm a big kid.”

Can you walk us through a day in the life of Rudebwoy?
“A day for me is working my 9-5, getting home and catching up on the local news. I'll Facebook and tweet my friends and fans just to let them know where I will be or just to chat with them. Work on new songs for my mixtape, probably cook and invite some close friends over. “

As a public figure what is one thing you plan to change in the LGBT Culture?
“THE UNITY! There is so much division in this culture. We need to come together and not only prove to ourselves, but also to the world, that we are the faces of love and acceptance. We want so many rights, but we can't get them if we are not doing right to show the world that we can do what you do, if not better. There is greatness in this culture, we just have to stop the negativity and get positive to move this train forward. Like Obama has stated: "YES WE CAN!"

Where do you see yourself in 5 years?
“In the future, I see myself being on a reality show, having my mixtape out and working on new music, and probably back in Florida to be closer with my family and to open my own bistro. I have my heart set on an awesome 3 story townhome with my kids, playing in the backyard with my other half.” 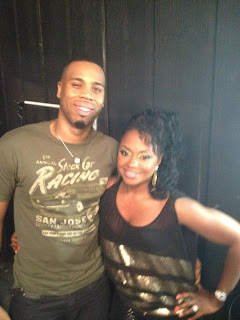 Do you have any last words for your fans and my viewers?
“I just want to say thank you for taking the time out to getting to know more about me. Make sure you guys are following me on Twitter: @Jamaican_Kidd; Facebook: Junior Rudebwoy Grant. You can check my Tumblr out as well: http://rudebwoyentertainment.tumblr.com/ Some exciting things are about to happen so make sure you guys check for updates! The Real Housewives Of Atlanta season 5 will be very surprising, so make sure you look out for that! I LOVE ALL YOU GUYS FOR SUPPORTING ME! Thank ya'll from the bottom of my heart!”
at 4:15 PM