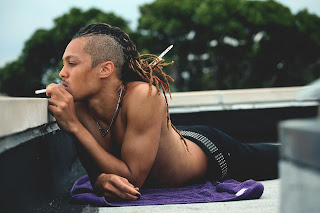 I absolutely love when I am able to bring you all exclusive interviews. This young man I had the privilege in viewing his work in "Finding Me Truth" and I was very intrigued by it. It was most recently I cam in contact with Eric Joppy after his episode of "Finding Me Truth" The Minisode when I Knew he was a great fit to tell his story.
﻿
Who is Eric Joppy?
That's a very good question. Eric Joppy aka Joppy7 is a man who's goal in life is to stay true to who he is, Challenge the idea of "normal" (which there is no such thing) and also to inspire a generation through his work as a singer/actor. 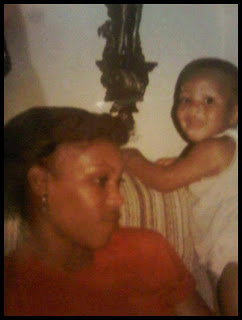 What was growing up like for you?
Well I grew up in Gaithersburg Maryland, which is a suburb about 45 min. outside of DC. As far as my childhood goes I have mixed feelings. On one hand it was great. I have a very open minded supportive mother and a strong family support system. But on the other side of it I was extremely bullied in school from as early as third grade. I wasn't called Eric I was so kindly nicknamed "Erica". Being made to feel like I was weird or "wrong" made me very insecure, which I feel is why it took me so long to come out of my shell and go after my dreams. I also grew up with a very strong minded hyper masculine step-father, who while loved me and provided for me had no idea how to deal with having an effeminate son. So I guess my growing up was like many of your stories. You have your good times and you have your not so good times. But it all made me the strong independent person I am today.

What started you in the field of entertainment?
Oh as far back as I can remember I LOVED to sing, dance and just perform. When I was about 5 years old I can remember family members would give me money to do The Running Man or The Roger Rabbit. Every talent show that my school put on, I was in. I have always had an affinity for lights, camera, action. I guess you can say its in my blood.

Who would you say was your biggest inspiration in singing? Why?
I love 80's R&B bands like Ready for the World, Rick James, Cameo, Debarge and the list goes on. I wouldn't say it was one person specifically who inspired me, I would say it was the songs of that particular era that really spoke to me. I find these artist to be romantic, sexy, cool, fresh and fucking bad ass. 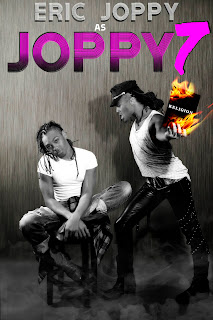 What was your concept behind your song Just because?
The concept for "Just Because" was very random. I was sent the track and immediately was inspired. I was sitting there on my couch and automatically started singing the first couple lines of the first verse. The song just took on a life of its own. "Just Because" talks about a relationship that has ended and what goes through your mind once you see this person again for the first time since breaking up. Mind you, I had no particular person in mind. Its almost like something else wrote the song and I was the vessel. I also had the privilege of working with some amazing songwriters who really helped bring this song to life.

Are there any collaborations with anyone you would like to do? Why?
I would totally love to work with Katy Perry. I love her vocals and her writing style is so fresh. I would love to do a breakup song with her where she and I are a couple who have broken up after having a very abusive relationship.

When you are writing/performing your songs, what is going through your mind?
When I am writing a song I am visualizing the story in my mind and trying my best to articulate my emotion simply and clearly. When I am performing on the other hand it can be an array of thoughts. It all depends on the crowd, the emotion of the song and any number of situations that can arise. Before I go on stage I am a nervous wreck. I think to myself "Why the fuck do you put yourself through this agony?" but after I get on stage under the heat of the lights and the boom of the base Joppy7 takes over and I just feel strong.

Do you think that any of your music our concepts will be adapted by any major labels?
Absolutely yes. I know that I am a very talented songwriter/perfomer and it is only a matter of time before my content falls into the right hands. I may be ruff around the edges but that's ok. There is beauty in imperfections and there is absolutely a place for Joppy7 in this industry. 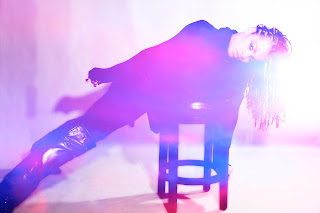 What was it like when you were asked to be apart of "Finding Me Truth"?
I was totally stocked when Roger Omeus (Director of Finding Me) told me I got the role as Reggie Hunt. It was my first paid acting gig and that in itself felt so good. I remember being in the audition room right after I finished reading and he told me I got it I started dancing and doing the cabbage patch. Yes, I am a true 90's kid.


What was your first day on set like?
My first day on set I had butterflies in my stomach like crazy. I was thinking to myself "Do you have to go to the bathroom or is your ass just nervous?". Everyone was so kind and accepting to me though so that made things much easier. All in all I was just happy to be there doing what I love to do, perform.

What was it like to step into the role of Reggie Hunt?
This is crazy talking about this because to me Reggie is a real person now. I love him, respect him and feel for him. It was interesting to say the least because me, Eric Joppy aka Joppy7 is nobody's medical student. But I understood his heart and that was my first step into the role. I just wanted to make sure people saw that Reggie was human, vulnerable and just like you and me.

How do you and Reggie differ in your lives?
hmm, well the Reggie from "Truth" and I differ because he is a lot more patient than I am. If Greg had of been stringing me along I would have cut off my romantic pursuit of him. The way I look at it is if we want two different things that is fine but I am not sticking around hoping you will have a change of heart. Where as Reggie from "The Series" we differ because I fortunately do not have the urge to physically hurt myself due to pain and stress. My heart goes out to anyone who is dealing with so much pain that the choice to physically hurt yourself out weighs the mental anguish. That's a real issue and it needs to be addressed. 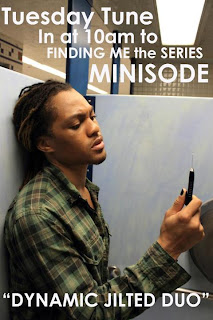 In the most recent episode of "Finding Me Truth: The Minisode" Reggie had begun to cut himself. What is the back story behind that?
The story goes that Reggie used to cut himself in his younger years due to family issues and dealing with being gay and had stopped once he reached medical school. The situation with Greg sparked old demons and led Reggie to start self mutilating himself again.

What would be some advice you have for someone attempting to break into this industry?
DO NOT STOP. If acting, singing or whatever is what you bleed to do than stick with it. There will be loads of doubt, ups and downs and flaky people but your armor should be the knowledge that you can do it. You don't have to wait for anybody else to make things happen. You hold the keys and don't need permission from ANYONE to do what you love. Don't worry about the big picture, it's step by step. Remember all the little things make the big picture. When I was starting out I had no idea where to go first. I got on Google and started looking for answers to the questions that were in my mind pertaining to the music industry. Lastly, DO NOT compare yourself to what someone else is doing. Everyone's path is different. Whenever you catch yourself feeling less than, envious or jealous quickly turn the focus back to yourself and what your are trying to accomplish. You are unique so there is no way you can compare your path with someone else's, and that's great! 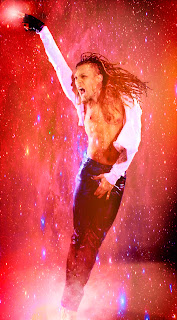 What does the future hold for Mr Eric Joppy?
Oh the possibilities are endless for Eric Joppy aka Joppy7. I want it all. Success, children, healthy relationship with my partner, different business and the list goes on. I'm for real, I WANT IT ALL!

Do you have any last words for your fans and my viewers?
Check me out on Reverbnation (www.reverbnation.com/joppy7). There you can download music and stay up to date with whats going on with me. I am releasing new music this fall and like the wind blows you just never know what else. Also, follow me on Twitter @Joppy7