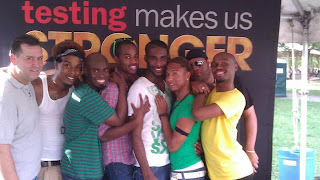 So after a long weekend of fun I can truly say to all whom missed ATL Pride that you all truly missed a weekend full of fun. The Scoop Ent, Taste of Venom and Writer, Producer, and Director Maurice Jamal shut the city down and attended all of the hot events the weekend had to offer.

Thursday Night we attended two events. Central Park is a warm wonderful enviroment with an intimate crowd and space. They had 20 of the hottest exotic dancers in the planet including The Scoop favs Roman, Arquez, Rudebwoy and many many more showed up and showed out. We then went over to Phase One where Taste of Venom officially released there first film entitled "Lonely Nights" which will be released very soon. Phase one was packed with so mny people there was barely room to move around. Phase One had more dancers and the Scoop favs Cj Da Kidd, iCandi, ReDICKulous  and so many more. I def think that this event was a very good start to the weekend ahead. 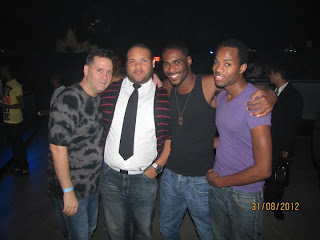 Friday Night me and the crew went to The Jungle in attendance for the Blatino Awards, which was hosted by Dwight Allen Oneal and the cast of his new hit series "CockTales"   Immediately  following the awards Dwight had the screening for his new series. The crowd was very receptive and welcoming to it. We then went to Club Rain where RT Parties and Fab 5 Atl shut the city down with there awesome block party. The block party featured plenty of Artist with a special dedication to the late great Whitney E Houston. They also had special guest performances from Tweet, Lil Mo and 30 of the hottest male dancers in th area.

Saturday The Melia Hotel. In the life atlanta showed up and showed out at the host.hotel for this years pride. The day begin with wonderful seminars and plenty.of vendors to cater to the needs of all the.individuals in attendance for pride. They had massages, tattoo man, hair stylist, make up artist and the list goes on for vendors in attendance. Rock Rockafella also hosted his radio show right from the hotel.  Later ITLA hosted a. Hott pool party as well as film festival premiering a lot of hot films made by the LGBT  Culture and showing and supporting by the culture. Later on we went to show support at Wet In Atl for there wonderful Grand ReOpening at Dirrty Rats. Wet truly is bringing the heat with the new venue and the new dancers i truly rate it as an A+.

Piedmont Park gave me my life on Sunday lol. My boy Damien Crawford came and shut the city down with high electricfying performance. There were plenty of great sites and people to see. Atlanta has been one of the greatest experiences that I have had as far as pride goes. There is a video coming soon.
at 4:33 PM