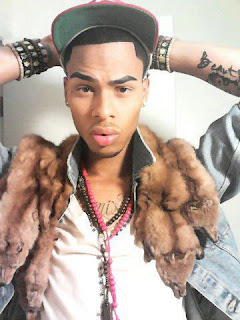 As you all can recall I had the chance to interview Daniel Hill on how he overcame obstacles to become the man he is today. Well now he is back in the headlines raising awareness of LGBT Youth with Disabilities. In a recent article that Daniel wrote he had this to say

I am hearing impaired and lived with it since I was 4.
I first find out that I was gay when I was 7, but I didn’t know what was gay was at that time. I just always had some kinds of attraction to males.
My disability has somewhat made me stand out from the LGBT crowd. However I used to be very insecure and shy about it.
I never had much of a teen social life growing up until I was 18,when I finally embraced it.
I feel that the LGBT population doesn’t pay enough attention for the ones who have disability. I felt as if the LGBT population only have one face. Often time I do not feel apart of the LGBT community