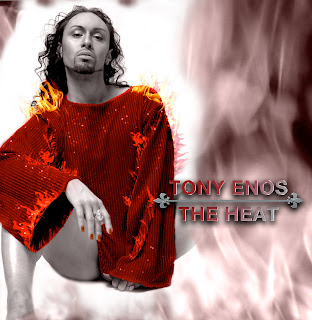 Tony Enos is back with his brand new album "The Heat".  When I tell you that every song on the album give you life I mean it. The first three songs on the album give you high energy pop star as Tony opens with  "Be My Boyfriend", "Hot Knife Through Butter" and "Man Eater".  There is definitely hit after hit after hit on this album. Tony's first single on the album was of course "Hot Knife Through Butter" so there was no ther way to follow up with his second single "Burn". Tony is definitley taking the world by storm being one of the few openly gay pop stars. I recommend that you all support one of our own and this highly anticipated album. Go to http://itunes.apple.com/us/album/the-heat/id548651259 and make sure you purchase the album. Below are both of the videos from the first two singles of the video. Hope You all enjoy it.