Is Transgender the New Black? 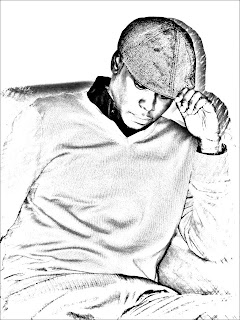 Is it just me, or has there been a dramatic increase in all things transgender? .
Lesbians, gays, bisexuals, and straight men & women alike seem to be fascinated with trans men. Over the past 3 to 5 years, there has been an increasing interest in transgender men (Female To Male). It seems that everywhere you turn there is a trans person in the news or media. I could be that I’m overly alert to trans specific situations since I’ve received “passing privileges”…sort of of like when your household gets a new car, you start to see it everywhere you go.

What makes FTM’s so interesting?
The fascination isn’t just from people who consider transitioning from one gender to another. Biological men and women both seem to be amazed that it’s possible to take everything that physically makes a person female and transform that individual into a male.
Someone once shared with me that it was their fantasy to have sex with a trans man because it’s the best of both worlds. Let me clarify that- Being transgender is NOT the best of both worlds. Nor is it an all access pass to the LGBTQ community. Gender and sexuality are not the same. Sexual identity relates to sexual and romantic attraction. Gender identity is what a person sees when they look in the mirror.

Is all the attention a good or bad thing for the trans community?
The positive side of this is that recent attention has created more resources that are helpful for the trans community, which is a great because some people don’t have any local FTM transitional resources to help them understand gender identity.
There used to be a time when it was next to impossible to find info relating to transitioning from female to male. Now you can Google just about any transgender question you can think of. A lot of trans men have YouTube journals of their transition. Type or hash tag FTM on any social networking site and you will find all kinds of trans masculine related information and photos. A few therapists offer gender identity counseling via Skype and Oovoo, as well as online support groups.

There are not any real negatives to the surge in FTM interest. However, confusion and controversy can arise when people transition for the wrong reasons & later regret it, or they de-transition.
Most trans men know one or two people that were bona fide lesbians only a year ago. Suddenly they identify as transgender. Whether the person truly feels trapped in the wrong body or not is a question that only they can answer. To say somebody is not transgender because you’ve never heard them talk about wanting to transition from female to male before is passing judgment. You never know what somebody is struggling with emotionally or mentally. Only that person has to live in their new body. If it’s someone you’re close with, the best thing you can do is support them not berate them because you don’t think they are trans.
As for those people trendsitioning for the wrong reasons, in the words of Nicki Minaj “Be who you are, never be who you aren’t”
at 1:35 PM