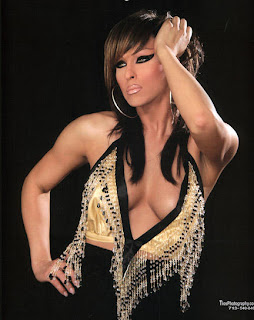 Erica Andrews, a nationally known trans woman and drag diva who headlined the Dallas-filmed indie flick Ticked Off Trannies with Knives, died last night in Chicago from a lung infection, according to reports. 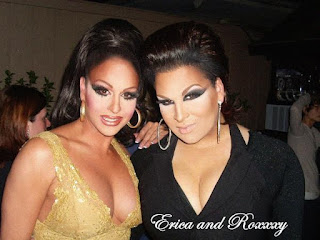 Andrews, who was in her 40s, was the “drag mother” of RuPaul’s Drag Race contestant Roxxxy Andrews. She appeared with former Drag Racer and Ticked Off co-star Willam Belli at his show at the Rose Room in December. “A Goddess just met God,” Belli tweeted last night when word broke of her passing last night — ironically, as the latest episode of Drag Race aired on Logo. “I love you Erica Andrews,” Belli added.

“I’m sad. It came as such a shock,” said Ronald Radwanski, a local painter and director of the ilume Gallerie on Cedar Springs. “I didn’t even know she was sick. The last time we talked was when my nephew moved to Chicago. She was loving living in Chicago with her boyfriend, Juan.”
Radwanski became close to Andrews when he and photographer Jorge Rivas chose her as the first model for the Faces of Life photographic campaign.

“She was the first person we photographed with the red ribbon back in 2010,” he said. “She was a delight to be with — always doing something to help people. She used her art to perform and make a difference. It’s one thing to be talented; it’s another to have people make movies about you. She didn’t turn off her heart when she turned on her charm.”

“I’d met Erica prior to working with her on Ticked Off,” said Toni Miller, who produced the film. “Like many, I was dazzled by her beauty and incredible presence. To our good fortune, Erica exuded all that and more in her performance and remained a true professional throughout the filming process. Erica’s passing is a tragic loss for our community. I’m blessed to have known her.”

Born in Nuevo Laredo, Mexico, Andrews — who went by “Eddie” as a boy — created her drag character about 25 years ago. She won numerous drag titles over her career, including Miss Gay Texas USofA 1997, Miss Gay USofA 1999 and 2006′s Entertainer of the Year. But more than just pageants, she was dedicated to gay causes. 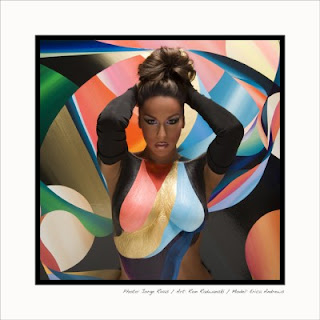 “Probably the thing I’ll remember most about her is painting her body,” Radwanski recalled, which he did for a photo to promote Faces of Life (above). “We talked about painting her silver or gold for Faces of Life, but she said why don’t you just paint me now like I’m coming out of the painting [you are donating]. I spent about an hour and a half painting her nude from the waist up. People were gathered outside the ilume, staring in through the windows while we did it. Then she went to perform at the Rose Room. She came out, they shined the spot on her with a gown on while she was singing ‘True Colors.’ Then she dropped her feathers and it looked like she was coming out of the painting.”


The ilume is planning a memorial service for Andrews, which will take place Thursday. The time has not been set yet