Mind of a Man 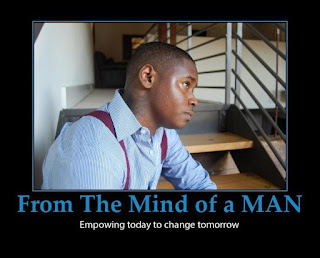 I have a very eccentric group of friends. Whenever somebody needs advice, I’m their go-to guy. It’s not always easy to maintain an objective stance, but I do my best to give practical feedback. I notice some of the same problems on a larger scale within the LGBT community, so I’ve decided to post some of them here.

Situation:
“My sister is a lesbian who has been with her partner for almost 2 years. The problem is she still goes out with men. Anytime she wants something new, she starts flirting with men and leading them to buy her all the kinds of clothes and jewelry, she wants. She says she’s not sleeping with them & that it doesn’t mean anything because her girl knows and sometimes they (her & her girlfriend) run game on men together. What makes it really bad is that she just started talking to a male friend of mine & I feel like they put me in the middle and I don’t know what to do. Should I tell my guy friend what’s going on because he doesn’t know she is a lesbian & thinks she’s single?

Family members and relationship issues are never a good combination. Here’s my two cents on the whole situation:
“My sister is la lesbian relationship, but flirting with and going out with men to them to buy her expensive gifts”

The lesbian women I know don’t flirt and date men just to get presents. I find it interesting that your sister and her girlfriend don’t “run game” on women. Not that it’s ok to take advantage of any man or woman, but there is a surplus of women in this city that are ready and willing to shower a woman with whatever she desires.
Your sister says she is not sleeping with the men who give her these clothes & jewelry….**side eye**

“She says it doesn’t mean anything and sometimes they (her & her girlfriend) run game together”
Are you sure that your sister is a lesbian? Perhaps they’re both bisexual. Maybe your sister and her girlfriend are in an open relationship.

“What makes it really bad is that she just started talking to a male friend of mine & I feel like they put me in the middle and I don’t know what to do. Should I tell my guy friend what’s going on because he doesn’t know she is a lesbian & thinks she’s single? “

Sh!t just got real. Whether you like it or not, you’re in the middle of this messy situation. If this didn’t involve your sister, I’d say fill your male friend in. Men operate with a quid pro quo mentality. When a guy gives lavish gifts, he’s really putting her cookie jar on lay-a-way. Every outfit, handbag, necklace, and pair of heals is a payment towards the pu$$y. This guy could really like your sister, and if he finds out that you knew he was being used the friendship could be permanently damaged.
Your sister really painted you in a corner with this. If you tell your friend what’s going on, you’re betraying your sisters trust. If you don’t tell your friend that your sister is playing him and you could lose that friendship.

I suggest having a talk with your sister. Be honest with her and let her know she’s put you in an unpleasant situation. Hopefully she’ll do the sensible thing and lay of off your friend (pun intended). If your sister refuses to stop seeing your friend, you can talk to him yourself. Hope it all works out for you.