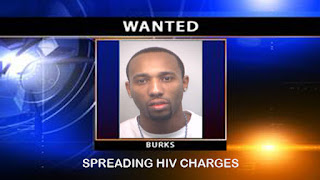 Late last week stories and speculations surface about Isaac Burk. Burks was allegedly accused of spreading HIV to women and men. We earlier this week the Examiner came back and confirmed that the story was in fact a hoax.


Read more from the Examiner:


The news report from an NBC affiliate in New York circulated the web via blogs claiming that police were searching for a man named Isaac Don Burks for intentionally spreading HIV in the NY Tri-State area. Over the weekend the story spread like wildfire via blogs, Facebook, Twitter, even Michael Baisden and Steve Harvey shared the “story”. On Monday, the original source was called into question when the link being shared redirected to an Augusta news site.
The original source came from a fake site made to look like the NBC New York 4 website. The slight difference was in the domain. The real NBC affiliate’s domain is www.nbcnewyork.com the fake site used www.nbcnewyork4.com. The original story url still shows up in Google search as http://nbcnewyork4.com/news/local/fugitive-wanted-for-intentionally-spre… yet you no longer go to the original report. Instead, when you click on the link you are directed to an Augusta story about the same man, but for a different incident in 2010 involving identity fraud and forgery.

Because more versions of the hoax continue to be spread online, The Examiner contacted the New York City Department of Health and Mental Hygiene. Veronica Lewin, Assistant Press Secretary for NYC’s Health Department answered the inquiry and assured the public that the allegations levied against Don Burks are, indeed, false.
Local authorities had issued a $100,000 reward for information leading to Burks arrest. New York City Health Department spokesperson, Kate Caraway, said at the time that she’d never seen a case so severe and widespread:

Email ThisBlogThis!Share to TwitterShare to FacebookShare to Pinterest
Labels: In The News