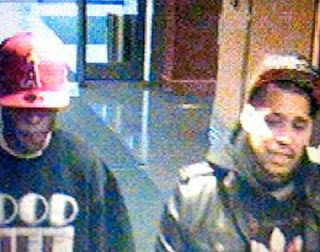 This is just getting sad.

A transgender woman was sexually assaulted by at least three men at gunpoint in a New York hotel last Thursday (28 February).

The attack occurred 2.15am after a fight allegedly erupted over money in a hotel on 57th street, in the Midtown North Precinct, DNAInfo reports.

One of the men had been in the room with the woman earlier. After she kicked him out, he returned with two other men and a gun.

‘The three men then sexually assaulted the victim as one brandished the firearm and threatened to shoot the woman if she did not stop screaming,’ the site states.

The NYPD have released surveillance images of the three suspects, but cops say it is unclear whether there were more men involved in the attack.

Police added the suspects fled after the assault, with the woman being transported to Roosevelt Hospital with bruises and abrasions.

The first man was described as 5ft9, bald and a Chinese character tattooed on his chest. The accomplices were described as 18 to 28 year old men.

Police are asking anyone with information to call the NYPD Crime Stoppers hotline, 800-577-TIPS.

Email ThisBlogThis!Share to TwitterShare to FacebookShare to Pinterest
Labels: In The News