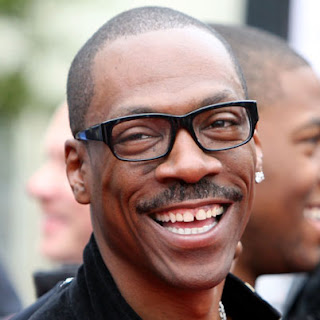 Actor Eddie Murphy is indeed alive and well. Stories unfolded yesterday as I was said that the actor was killed in a snowboarding accident. mediafetcher.com posted this article yesterday.

Actor Eddie Murphy is reported to have died shortly after a snowboard accident earlier today - April 16, 2013.

The actor & novice snowboarder was vacationing at the Zermatt ski resort in Zermatt, Switzerland with family and friends. Witnesses indicate that Eddie Murphy lost control of his snowboard and struck a tree at a high rate of speed.

Eddie Murphy was air lifted by ski patrol teams to a local hospital, however, it is believed that the actor died instantly from the impact of the crash. The actor was wearing a helmet at the time of the accident and drugs and alcohol do not appear to have played any part in his death.

Email ThisBlogThis!Share to TwitterShare to FacebookShare to Pinterest
Labels: Celebrity Gossip, Eddie Murphy, In The News