Fantasia "Gay is a Sin" 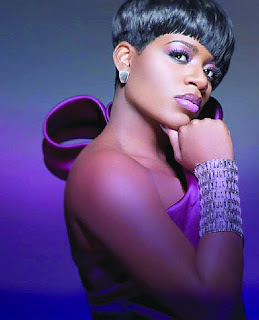 Although Fantasia is in the news for her brand new album, but now controversy is surrounding her as she tweeted about the people being homosexual.

She had this to say:

“I am a Christian first…person second. I believe in the Bible and have to use my spirit of discernment. Gay is a sin. Sin is a disease.”

“I RISE ABOVE IT ALL!!! THE WORLD IS GONE MAD. KIDS, THE GOVERNMENT, The church House…Everybody Trying!!!!!!! Its a lot that going on that the Bible speaks about we should Not be doing. Weed legal in some places, Gay Marriage Legal BUT YET IM JUDGED!!! Im not doing Nothing for you…My Life!!!!”

With Fantasia now in the light with these new tweets its possible that she will lose her large fan base which are homosexuals. Do you think she will rebound or will she lose everyone?
at 10:00 AM

Email ThisBlogThis!Share to TwitterShare to FacebookShare to Pinterest
Labels: Celebrity Gossip, Fantasia, In The News