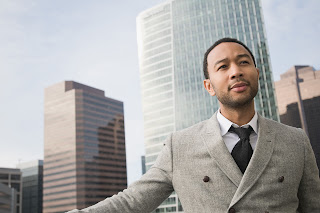 Grammy Award winning artist John Legend has sold a new series to HBO. The drama is titled “Down Lo”, and will be set in South Beach.  It will feature intersecting story lines, one of which includes a gay rapper living on the “down low”.

This is Legend’s 3rd scripted series to be sold under his exclusive deal with Universal Cable Productions and his Gift Lifted Film Company.
at 2:23 PM

Email ThisBlogThis!Share to TwitterShare to FacebookShare to Pinterest
Labels: In The News, John Legend, Music Monday