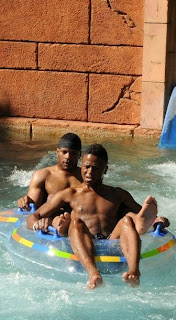 I was like his wife. I ran the household and took care of all his personal needs. If anyone needed anything from Kerry they came to me! That’s what Kerry loved about me. i didn’t take no sh*t from nobody. Kerry is kinda a dumb athlete, like a dumb jock. So, I took care of things that he didn’t understand. And yes, his teammates did know about me. It was kinda unspoken but I was at all his training camps and events. The other wives knew and loved me too. I was always there. It was no secret! 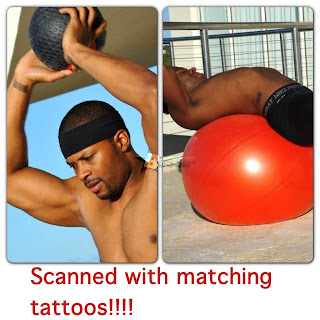 Our sex life was great! It was very passionate because we were so in love. Of course he was the top! I’m not doing all that damn work! But, we were extremely close. It was very good and he put it on me!
I had an engagement ring he gave me. Look at some of the pics and I am wearing a promise ring he gave me. We were in love and it was real. But now look at him! He’s lying and looking like a real dumbazz. Why couldn’t he just STFU and no even said anything. He had to deny it like I wasn’t real. Like, I never existed. What the hell?? We filmed that reality show together, he has hours of footage of me and him together for the show. I have NOTHING to hide! I’m grown as hell and have nothing lie about.
Kerry Rhodes is gay. That’s the truth.


Yes he actually text me like “Hey baby, can you just not say anything about all this” but that’s what I don’t like. He’s lying because he’s trying to protect his free agency. He’s not going to be one of those guys who come out in the league because he cares too much about that. But why is he lying?? LOOK AT THE PICS!! He loved me and now he’s lying. That’s why I put him out there because he came for me. I’m not here for fame. He wanted me to have a reality show because he said I was destined for it. His teammates said I had a great personality and encouraged me to be on TV. This was our life! This was real!

Email ThisBlogThis!Share to TwitterShare to FacebookShare to Pinterest
Labels: Celebrity Gossip, In the Community, In The News, Kerry Rhodes, NFL