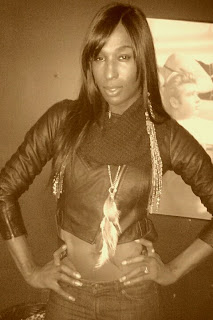 An ongoing investigation into the shooting death of a Baltimore transgender woman. As details are being collected it remains unclear if this act of criminal violence was part of a hate crime.

29-year-old Rodney Little, affectionately known to many as Kelly Young, was found shot in a house in the 2200 block of Barclay Street on Wednesday morning.

She was taken to a local hospital but later pronounced dead.

Tanya Eley had this to say about her long time friend “God knows whatever happened to her, God has them; they’re going to regret whatever they did to her because she was loved”!

Any information leading to the identity of the perpetrator should immediately contact Baltimore Police Homicide Division at (410) 396-2100.

This and another near fatal shooting Friday night in the Weaverly Shopping Center has added to the death toll or gun violence in recent weeks in the city of  Baltimore.
Condolences of the family and friends of their love one.