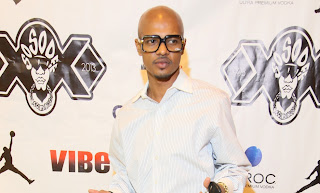 Kelly, one half of the '90s rap duo Kris Kross, has died of a possible drug overdose, Georgia authorities said.

Kelly, 34, was pronounced dead Wednesday night at the Atlanta Medical Center, Clint Harbin, an investigator with the Fulton County Medical Examiner's Office, told ABC News Radio.
Authorities are investigating the circumstances surrounding his death and an autopsy is expected to be performed later today.

"It appears it may have been a possible drug overdose," said Cpl. Kay Lester, a spokeswoman for the Fulton County police, according to The Associated Press.

Kelly (known as "Mac Daddy"), along with Chris "Daddy Mac" Smith, the backward-pants-wearing mini-rappers, rose to fame with their song "Jump" from their 1992 album, "Totally Krossed Out."
"Jump" hit No. 1 on the Billboard Hot 100 chart and remained there for eight weeks.

Kelly and Smith were discovered by music producer and rapper Jermaine Dupri in an Atlanta mall. Kelly was 13 when "Totally Krossed Out" was released. The album went on to multiplatinum status thanks to "Jump," which remained a popular song throughout 1992.
at 9:05 AM

Email ThisBlogThis!Share to TwitterShare to FacebookShare to Pinterest
Labels: Celebrity Gossip, In The News, top stories