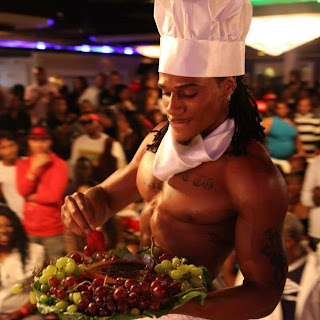 So I had the opportunity of meeting this young man who happens to be one of the nations top leading sex sirens. He has dominated the scene and now has stopped by and gave us The Scoop on his life.

Who is Santonio Johnson?

I am a young man from Charlotte.NC born and raised; Nevertheless, I am a Natural born leader, Over-achiever at everything I put my mind to, with a strong mind, heart, and head on my shoulders, Big heart for children and People living with special needs.

Growing Up was very peaceful and loving my parents made sure my every request was fulfilled I was always the Most Popular and notable throughout my city which is Charlotte, I played various sports soccer, football, and Track and field. I also traveled a lot of places as a child been to many states here in the US because of my love for track I made it to Jr.Olympics every year. My childhood was golden along with my 2 Brothers. “Most remembered moment as a child is getting lost in Walt Disney Land when I was 8yrs old”!


Do you have any regrets about any thing in your childhood?
I really don’t have any childhood Regrets besides changing my report card in the 4th Grade I was flunking English because I was too busy writing love letters and going to sleep in that specific class and when Report cards came out I changed an “F” into a “B” and my mom noticed the illuminate tint of the lead from the pencil and I got the worst ass beating in my life, From that day forward I was an A&B student until I graduated High school. 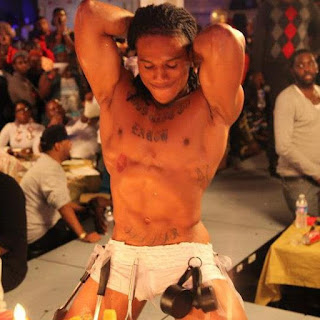 What is your coming out story?
Let’s Just say the way my mother found out I was Bi-sexual was a little involuntary my 1st Love and Male companion’s mother found a love letter from me to her son and I remember this blue GMC SUV pulling up to my house at Night and I was getting ready for bed and there it was “Ding Dong” in she came with this letter that my mother read and she asked me “son so you like boys now” I was a little startled and lost for words. I was only in the 9th Grade But we had been together since summer of 8th Grade. I wouldn’t change anything about the way my mother found out because I wanted to tell her but at that age I was just scared but my mom is very understanding and it took us sometime but everything fell back to Normality.
What started you in the ballroom scene?
Icon Sinia Ebony was the 1st female transgender I ever watched on film “YouTube” 2008 was the year I gained interest in Balls I wanted to be the Butch Queen Sinia I felt like she owned the shit and she had something that the other girls just couldn’t quite handle her sexiness was so over the top, she was dramatic as in the way she would make these antic like facial expressions. So I decided then that I would attend my 1st ball in 2008/2009 it was a free ball in NC “D-Up Ball” and I then gained interest in Body and Sex siren and I knew 1 day I was going to totally destroy it, But I said to myself fun comes after education so I waited until I graduated High school to indulge into the scene.
Who would you say your inspiration was?
My inspiration to walk sex siren was Sinia Ebony I never really was interested in gaining knowledge about other men just me as Santonio Johnson Always determined to be #1 whether I came into the Game last I never really cared to research the category because I knew what my underline agenda was.
What made you join the house of Revlon?
The House of Revlon never once had a doubt in me, they never compared me to anyone walking, welcomed me with open arms, They were so great with actually breaking the scene down into a way I could understand, I felt safe and at Home with them they protected me and my image and nevertheless, we don’t accept Disrespect  None, Nada, Zero-tolerance and as ME being Santonio I’ve never taken disrespect lightly.
What were you looking for when you joined a house? 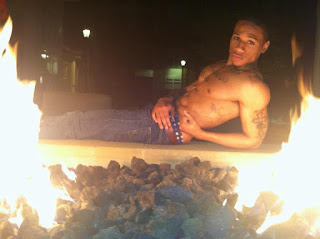 
Were there any other houses that you considered joining?

Before Revlon I thought about a few houses the only other 2 were Mugler and Balenciaga but during this time.


I honestly don’t feel like it’s a lot of competition at all nor do I feel I compete with others outside a ballroom setting. I have an off and on switch when it comes to balls my personal life is pretty much self-descriptive its very personal and private and I don’t take the time out to really acknowledge completion if that’s what its considered.


Who would you say was your biggest competition is and why?
My biggest ball room competition is my good friend Antonio Blahnik other than him that’s about it. We both bring something different to the table as well I feel we both elevated this category with us both being from the south and having dreads and being sexy in our own way me and him have been a “dread head force for the new generation of ballroom”
What can we look forward to from Santonio Johnson? 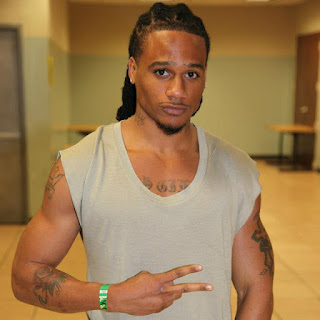 My future will speak for itself the only thing I can say for now is just stay tuned and follow me I have big Plans for 2013 and I’m never the one to count my eggs before they hatch.
Be a Leader and not a follower, live for you and stop caring about what the next human being thinks of you. Do what makes you happy and stop wasting so much time on Love better yourself in life with education, community service, be a helpful hand in society, build stronger bonds with family. Try and find ways to stay positive and on the right track, and never become too wrapped up in any situation and you trick yourself thinking you can’t get out anything is possible and truly understand that the sky is the limit.” Love Santonio Johnson
at 4:12 PM

Email ThisBlogThis!Share to TwitterShare to FacebookShare to Pinterest
Labels: Eye Candy, In the Ballroom, Santonio Johnston, Sexy As I wanna Be