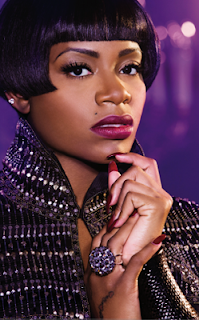 Fantasia is back in the news again but this time she says, "I support the LGBT Community"

In her mot recent interview with www.frontiersla.com Fantasia had this to say


"I wasn’t saying I’m against gay people. All I was saying was stop trying to judge people, getting on my page and getting on my Twitter and quoting scriptures and telling me what I did was a sin. Let people live their life. All this stuff you’re quoting, nobody’s doing that right now. Yes, the Bible speaks that, but come on! It’s 2013.

Everybody in this world has a story. Nobody’s perfect but Jesus. I’m not trying to be perfect. I never have, I never will. I just want to live my life. Do I try to do good? I do. Do I try to do good by people? I do. I never want to hurt anyone. I never want to disrespect anyone or tear anyone down. So that’s all I was saying—stop tearing people down and judging folks. Move the hell on with your life. The people who have something to say have a bunch of skeletons in their closet, too. Fall back.

Then people started pretending they were me and putting up quotes on Instagram, Facebook, Twitter, like, “I am a Christian and I stand for only things that are said in the Bible.” The people who looked at my Instagram and took that and twisted it got joy and satisfaction out of feeling, “Yes, we were able to make her look like a bad person.” The people who really know Fantasia should’ve known that was a bunch of B.S. If you look back at my history, I’ve done many, many gay Prides. I’ve been to many events where there’s a marriage or something going on. I know they’d realize, “She couldn’t have said that.” I am a Christian, but I grew up in a church where there were gay people in the church. If you knew me, you’d know that is not something I would ever say. It was just somebody lurking, trying to start more drama in Fantasia’s world."

Email ThisBlogThis!Share to TwitterShare to FacebookShare to Pinterest
Labels: Fantasia, In The News, top stories