Lauryn Hill is Going to Jail 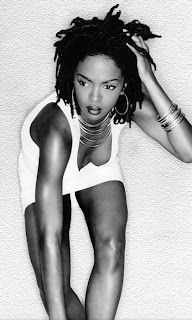 Fugees Star Lauryn Hill is in the news once again but this time she will be going to jail.

Don’t pretend that this didn’t surprise you.  Grammy Award winning artist Lauryn Hill has been sentenced to three months in prison for  failing to pay her taxes.  In addition to three months in federal custody, Hill will do another three months in home confinement for her crimes.
Hill was accused of not paying taxes on a million dollars in earnings, making her the latest celebrity to go to prison for a tax-related charge.  The 37-year old mother pleaded guilty in her case.
It’s not yet clear how Hill’s incarceration will play out in her plans to work on new music.  She has millions of fans around the world who were confused by her seemingly odd behavior both on and off stage over the last several years.   But fans were rooting for her in her legal battles, since it seems that quite a few black entertainers end up n trouble with the IRS.
Hill didn’t seem to have much of an explanation for not paying her taxes other than not being able to do so without jeopardizing her own health and that of her children.

“I needed to be able to earn so I could pay my taxes, without compromising the health and welfare of my children, and I was being denied that,” Hill said.
Before she was sentenced, Hill told the judge that she had paid $970,000 toward her debt to the government.  But this wasn’t enough to keep her from going to prison.  However, she didn’t get the maximum sentence for her crime, which would have been a year in prison.

Email ThisBlogThis!Share to TwitterShare to FacebookShare to Pinterest
Labels: Celebrity Gossip, In The News, Lauryn Hill