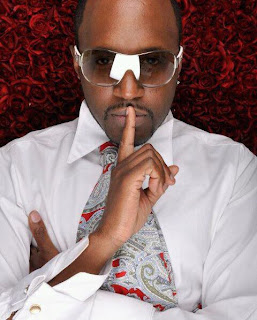 What Black Roman Emperor can boldly state, "I Am Fashion," while giving you "Exotic Pleasure" as he only can, and "Command U 2 Dance" as we all ponder the question, "Who‘s the Sexiest?" The aforementioned soon-to-be musical icon, Septimius the Great is already a star amongst the constellations shining brightly as many adore his clever blend of rap, pop, and dance music. For those that have yet to discover his luminous light of lyricism, style, and erotica, are in for a treat as this Maryland based artist is ready to hit the road with upcoming shows, ranging from his home city to Japan.


Los Angeles, California, April 24, 2013 –As a 2011 Grammy Association nominee for Top 100 artists on the verge of stardom, Septimius the Great is poised to take the music industry by storm with the release of his new single "Who’s the Sexiest," which dropped April 9, 2013 and is currently available on iTunes, Google Play, Amazon, Rhapsody, Emuisc, and various other digital outlets. 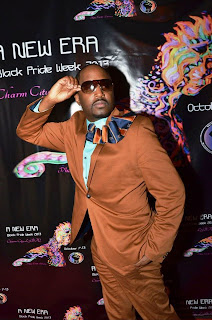 With singles like "Exotic Pleasure," "Command U 2 Dance," and of course "Who’s the Sexiest leading the way, Septimius is already hypnotizing audiences around the globe. Ever since he headlined at the Michael Kors Fashion show he has been captivating music lovers with one of the sexiest shows on earth. Fans in DC need to prepare themselves for a night of pleasure, passion, rhythm and intrigue as Septimius the Great blesses his east coast fans with a performance at the classic venue, Remington’s in D.C on May 10, 2013. With several east coast shows to follow, Septimius will also be gracing several stages in the south as he prepares for his Miami promo tour, which runs 5/16 – 5/20. Japan also better get ready to turn up as the Emperor is also planning a tour of epic proportions for the Far East.


Septimius the Great is not your everyday artist. Although he is often compared to the likes of Will.I.Am, Flo Rida, Pitbull, Prince, and the icon of icons, Michael Jackson, he is an artist that transcends genres, culture, and music. With the sultriness of sexual teasing, the rhythmic sensuality of dance, and the prowess of Roman sexual culture, the Black Emperor rules over his musical mignons as he commands them to hit the dance floor to determine "Who’s the Sexiest." With fashion being a driving force behind his artistry, Septimius the Great is a true connoisseur of the culture of life. He has shared the stage with everyone from Patti Labelle to Wale and has performed everywhere, from Barbados to Paris. He has simultaneously captured the attention of the music and fashion worlds by masterfully combining the two art forms and creating his own brand derived from Roman rule.


Starting May 20, 2013 Septimius takes the east coast by storm and continues his sonically sultry assault on the industry as he tours the globe. Along with Manta Ray Records, expect more hits from this awe-inspiring artist as Septimius the Great is currently working on 15 tracks slated to be released in September 2013 in the form an a new album entitled, "To Be Emperor." In the meantime, Septimius the Great will prove "Who ‘s the Sexiest" as you get lost in "Exotic Pleasure."