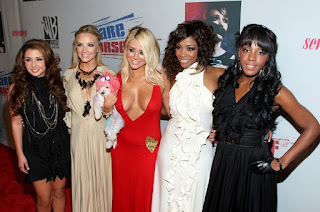 Do you have a first aid kit handy? Danity Kane, the five-piece girl group formed by Diddy on MTV's "Making The Band" in 2005, may just be reuniting to unleash some more damage upon Top 40 radio.

According to TMZ, four of Danity Kane's members -- Shannon Bex, Aundrea Fimbres, Dawn Richard and Aubrey O'Day -- met for lunch in Los Angeles on Monday (May 13), and when asked if a reunion was in the works, the ladies coyly shied away from the question. D. Woods, the fifth DK member, was apparently not present. Sources inform TMZ that a reunion is definitely coming together, although no details have been released yet.

When asked if Diddy, who signed Danity Kane to his Bad Boy label following their "Making The Band" stint, is involved with the project, O'Day replied, "Who's that?" Clearly, the Danity Kane members do not agree with the sentiment behind Diddy's 2001 single "Bad Boy For Life." 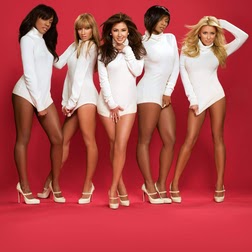 Danity Kane released two albums, a 2006 self-titled effort and 2008's "Welcome to the Dollhouse," before disbanding in early 2009. Both albums debuted at No. 1 on the Billboard 200 chart, and have accumulated combined sales of 1.5 million, according to Nielsen SoundScan. The group supported Christina Aguilera on her Back To Basics tour in 2007 and scored hits like "Show Stopper" and "Damaged."

Since Danity Kane's split, Richard became a member of Diddy-Dirty Money alongside singer Kalenna Harper and The Artist Formerly Known as Puff Daddy. Her solo debut, "Goldenheart," was self-released in January to rave reviews.
at 9:33 AM