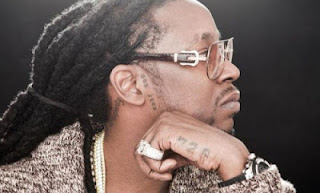 According to TMZ  2 Chainz has been booked on felony narcotics possession.  Law enforcement tells TMZ that 2 Chainz was in possession of Promethazine which is one of the 2 main ingredients in sizzurp.  Chainz reportedly had weed too, but it was less than an ounce.
He was at LAX trying to board an airplane when he was arrested in terminal 5 according to TMZ.
Just yesterday, 2 Chainz was tweeting about smoking! Boy this hasn’t been a good week for the rapper at all. First there was a rumor circulating around the internets that he got ganked in broad daylight out in Cali, now this!
at 1:16 PM

Email ThisBlogThis!Share to TwitterShare to FacebookShare to Pinterest
Labels: 2 Chainz, Celebrity Gossip, In The News