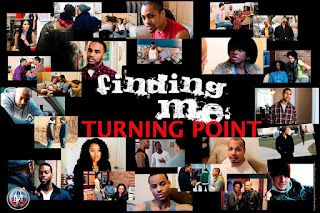 Finding Me is a compelling series that first hit us in 2009 and still to this present date keeps audiences captivated.

Finding Me has been a front runner in the African American LGBT Community from is start. We have seen many of the characters face struggles that everyday youth and people face on a regular bases. But in this last installment "Finding Me Turning Point", I was absolutely left speechless and my mind was blown away. 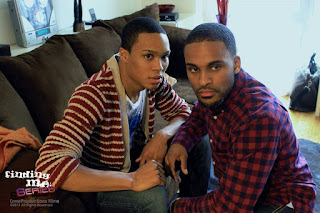 The show is based on young Faybien Allen (RayMartell Moore) who is faced with the challenge of finding himself exploring his sexuality, discovering self love, and developing love for others but also brings all of the characters together in some way. We've seen many faces and many people cross the screen in either the movie or the series. People such as Bry'Nt who plays the hardcore thug Omarr, Joppy7 who plays the young medical student Reggie, and even now Ryan Drake who plays the bitchy new boyfriend Kelly. Roger Omeus Jr did a great job writing out the story line for Turning Point as every obstacle in this film such as: drugs, dating, bisexuality, discovering ones self are depicted situations that are current and are real in the LGBT Community. Every actor that comes across the screen meshes and completes this ensemble because everyone of them has a story to tell. I honestly give "Finding Me Turning Point"  10 thumbs up. Never in my wildest dream did I think we would see so many relevant issues in our community brought up and told before our Eyes. It is truly a blessing and truly unbelievable. I want to thank the cast and the crew for their brilliants and their fearlessness.