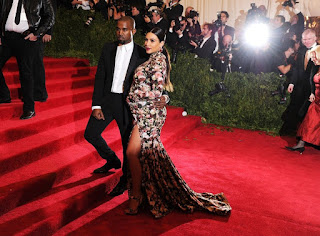 TMZ cited a birth certificate it obtained from Cedars-Sinai Medical Center, where the reality TV starlet, 32, and her Grammy-winning rapper boyfriend, 36, welcomed their child Saturday, several weeks earlier than her July 11 due date. 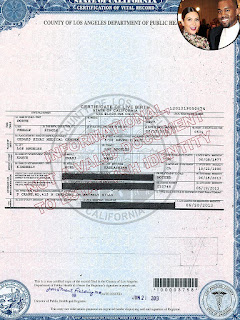 Here we were, kind of hoping the birth certificate is a fake. Alas, People has a picture of the document as well.

Original reports said that Kardashian, who stars in the E! reality series "Keeping Up With the Kardashians," had a C-section, but sources have said that she had a natural birth. She delivered early because of "medical complications" potentially related to the medical condition preeclampsia, which is marked by high blood pressure that can include severe swelling. (Hey, it doesn't just happen in "Downtown Abbey," OK? It's a real problem.)

The new mom, who has uncharacteristically stayed mum about the recent addition to her family, had only these words to say when radio host Ryan Seacrest, who produces "KUWTK," reached out to her: "Can't believe it! It's so crazy!"
at 3:26 PM