Beyonce Gets Hair Stuck in Fan 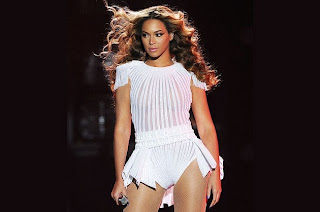 King Bey performance in Montreal on Monday got a little weird and difficult.  During her performance of her hit song "Halo" Beyoncé goes out into the audience and interacts with the crowd but her crowd interaction was cut short when Beys hair got caught in one of her super fans. Beyoncé continued to sing but in a video posted by a fan she appeared to be very upset and frazzled that her hair was actually stuck. She actually tugged on her hair some in an attempt to free it from the fan. Many say this absolutely shows that Beyoncé is a true performer because anyone else would have stopped their show and taken care of the problem but she continued to sing.

Email ThisBlogThis!Share to TwitterShare to FacebookShare to Pinterest
Labels: Beyonce, Celebrity Gossip, In the Community, In The News