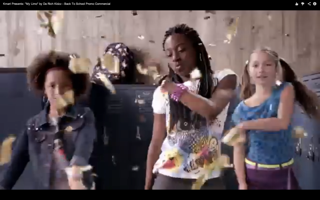 Im sure you have seen the hilarious viral hit "Ship My Pants"
by K-Mart that reached a peak of 28 million views on Youtube and the current viral video '
Yo Mama"  that has already reached 1.2 million views in one week. K-Mart taps the Minneapolis tween hip-hop group 'Da Rich Kidzz' for the new viral hit 'My Limo' which serves as a parody to some of today's most popular rappers

Kmart Back To School Layaway -- Yo Mama

Kmart has everything you need for back to school including backpacks, tablets, clothes, shoes and more! Plus Shop Your Way Members get Free Layaway. Shop Your Way at Kmart. A new school year starts here! http://kmrt.us/12pb644

Want to ship your pants too? Can't find what you're looking for in store, a sales associate can find it on Kmart.com and ship it to you for free! #ShipMyPants http://kmrt.us/17rhp8t