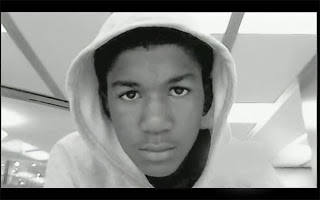 10pm est Saturday, July 13, 2013 George Zimmerman was found not guilty of killing Miami teen Trayvon Martin. The jury of six woman felt that it was justified why George Zimmerman killed Martin. But the question remains if they had clarification on what the Manslaughter charge was would he had been convicted of that?

This verdict has people all over outraged at the defense attorneys who shared laughs over what they called "Victory". But where is the victory for that 17 year old kid who didn't get to live to see 18. The NAACP has also started a petition to file civil rights charges against Zimmerman, with almost 200,000 signatures to seek justice for Trayvon.

Tracy Martin, (Trayvon's father) took to twitter last night saying: " God blessed Me & Sybrina with Tray and even in his death I know my baby proud of the FIGHT we along with all of you put up for him GOD BLESS. Thanks to everyone who are with us and who will be with us si we together can make sure that this doesn't happen again. Even though I am broken hearted my faith is unshattered I WILL ALWAYS LOVE MY BABY TRAY."

There have been plenty of marches and boycotts planned for today but the question is will we finally let Trayvon Benjamin Martin Rest in Peace?
at 10:26 AM

Email ThisBlogThis!Share to TwitterShare to FacebookShare to Pinterest
Labels: In the Community, In The News, top stories, Trayvon Martin