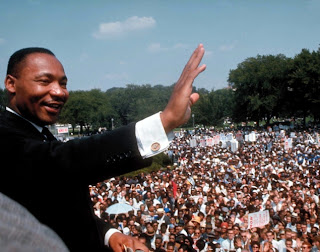 50  years ago, Martin Luther King Jr. joined million of spectators on lookers and well wishers both white and black as they marched throughout the streets of Washington D.C. to fight for freedom. From what is understood the beginning portion Kings speech was scripted but when it came to the iconic "I Have A Dream Speech" it was all impromptu and from the top of his head. 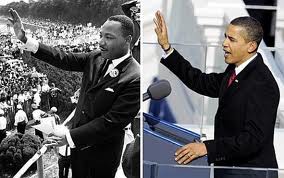 50 years later the fight to complete Kings dream is still very real and very alive. President Barack Obama has been known to be called the modern day Martin Luther King after being elected the very first African American President. It is said the Obama was inspired by King and copies many of his ways. Obama is slated to give a speech today at the 50 year commemoration of Kings speech. Key points that are expected to be talked about are Justice for Trayvon and how we continue to fight for the things that Martin Luther King Strived to see before his untimely death.