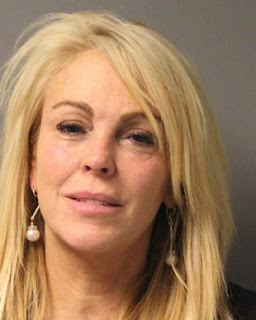 While Lindsay Lohan works to keep her nose clean after her most recent stint in rehab, her mother has found herself in hot water.

The stage mom was pulled over at 11 p.m. for allegedly speeding in a white BMW on the Northern State Parkway. Police say Dina was driving 77 mph in a 55 mph zone, and she was "found to be intoxicated" during the routine stop.

Dina, who has four children, was arrested and charged with DWI and Aggravated DWI after a breath test found her blood alcohol concentration to be .20 percent, which is more than twice the legal limit. She was also given a speeding ticket.


At the Farmington Police Station, Dina claimed she was injured during the arrest. An ambulance was called, and she was evaluated. According to police, no injuries were found and she then recanted her allegation.

She was released to a sober third party and is scheduled to appear in Nassau County District Court on September 24.
at 3:18 PM