Robin Williams Returned to TV because He Needed the Money! 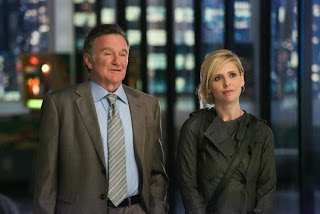 It's been almost 30 years since Robin Williams starred on a television series. In that time, he built a successful movie career, earned four Academy Award nominations, and won the golden trophy for his performance in "Good Will Hunting."

The 62-year-old actor has been through two divorces, which have depleted his funds. As he told Parade, he needed a steady gig to replenish his fortunes. With big-time movie roles having dried up, Williams could go for smaller gigs and indie movies — but TV paid better.
"The movies are good, but a lot of times they don't even have distribution. There are bills to pay," he said. "My life has downsized, in a good way. I'm selling the ranch up in Napa. I just can't afford it anymore."

He once quipped, "Ah yes, divorce, from the Latin word meaning to rip out a man's genitals through his wallet." 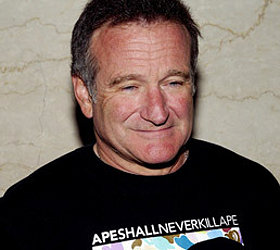 Williams's two divorces — one from Valerie Velardi in 1988, and the other from Marsha Garces, in 2008 — have reportedly cost him more than $30 million. He told Parade he isn't quite broke, but he "lost enough."

"Divorce is expensive. I used to joke they were going to call it 'all the money,' but they changed it to 'alimony,'" Williams said.
His split with Garces, after nearly 20 years of marriage, was a particular surprise, as the longtime couple had weathered many ups and downs together. Garces was initially nanny to Williams's son with Velardi, Zach (now 30), then his assistant. After Williams divorced Velardi, he married Garces in 1989.

But when Williams, an alcoholic who battled addiction for years, fell off the wagon in 2006, it caused a strain between the couple. Two years later, they filed for divorce.
at 2:43 PM

Email ThisBlogThis!Share to TwitterShare to FacebookShare to Pinterest
Labels: Celebrity Gossip, In The News, Robin Williams