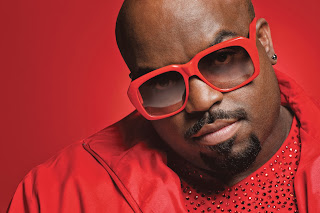 Cee Lo will retain his spot as a judge on the television program “The Voice” even though he is facing a felony charge for furnishing ecstasy, according to TMZ.com.
Mark Burnett, the executive producer of “The Voice,” told TMZ that the show will not change its line-up of judges this season and that "Cee Lo will not be fired," as per the site.
Next season, Cee Lo and Christina Aguilera will be replaced by Shakira and Usher, who will join Blake Shelton and Adam Levine as the judges, which had long been the plan, Burnett said, according to TMZ.

Representatives from NBC, which broadcasts “The Voice,” said they were unaware of the felony charge against Cee Lo until TMZ brought it to their attention, according to TMZ.com.
It was announced today (October 21) that the Los Angeles County District Attorney was scheduled to clear Cee Lo of sexual assault charges. He had been accused of putting a substance into a woman’s drink without her knowledge.

Even though those charges are slated to be dropped, Cee Lo is scheduled to be charged with the felony of furnishing ecstasy, as per tmz.com.
Cee Lo reportedly denied the allegations when they were presented to him. He also reportedly wanted the District Attorney and the Los Angeles Police Department to investigate the incident.
In their investigation of the case, authorities reportedly found that Cee Lo and the accuser had been dating for months prior to the alleged assault and that the two had been intimate prior to the night in question, TMZ.com says
at 4:22 PM