Miley's 'Bangerz' Reviews Are In: So Is It Any Good? 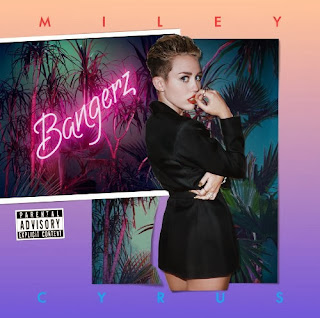 We've seen the twerking and foam finger, the tongue wagging, and the naked swinging on the wrecking ball, but the question remains: is Miley Cryus' new "adult" album, "Bangerz" banging — or just a warmed-over attempt by a former teen star to get down and dirty by hijacking black culture?
The answer, my friends, depends on who you ask.

"Bangerz" isn't officially out until Tuesday, but it's already streaming on iTunes, allowing critic types and regular joes/janes to give it a virtual spin. Miley's first album for RCA Records (after leaving Disney's Hollywood Records) features Billy Ray's daughter doing her thang with all sorts of guests; including Pharrell Williams, executive producer Mike Will Made It, Nelly, French Montana, Britney Spears, and others. And, big surprise, the critics are split, with the Los Angeles Times, Entertainment Weekly, and Us Weekly giving it the thumbs-up; Billboard falling in the middle; and USA Today and the New York Daily News giving it the gas face
at 9:42 AM